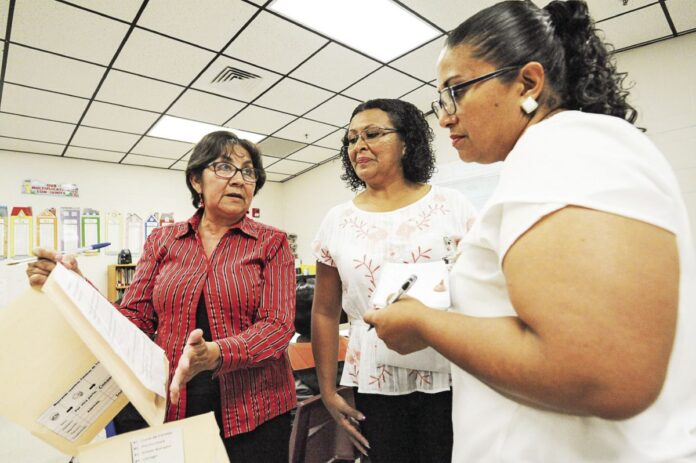 In Honduras, schools do not have many of the resources that people come to expect, such as books, chairs, tables and technology, Morales said.

“Poverty is big in our country. We don’t have food for the kids, and we have no materials,” teacher Dania Torres said.

Teachers will instruct about 45 to 60 students per class, making it difficult to give one-on-one attention, Torres said.

What they lack in resources, however, they make up for in creativity, said Ada Amaro-Sibaja, executive director of support services at Los Fresnos CISD.

“They’re very talented individuals,” Amaro-Sibaja said. “It’s good to see that we can provide some resources … to share opportunities with other teachers, students, and parents in a different part of the world.”

Amaro-Sibaja has noticed a drastic change compared to previous years in the presentation the Honduran teachers give Los Fresnos staff before the tours begin.

The schools these teachers are visiting from have become model schools for the others in Honduras, Amara-Sibaja said.

Morales expressed her gratitude toward everyone involved.

“Thank you so much to all the people, we appreciate you making do with us,” Morales said.

When they return to Honduras, the teachers will host a workshop to show others what they learned from being in the Rio Grande Valley.

“It is better for us that we start with the children,” Torres said. “We have to share our knowledge with our school.”

Learning is a two-way street, however. The Los Fresnos district and its students walk away with more understanding of another part of the world, Amaro-Sibaja said.

“I think we’ve learned that we are lucky to have the resources we have, and that we should share what we have with others,” she said.