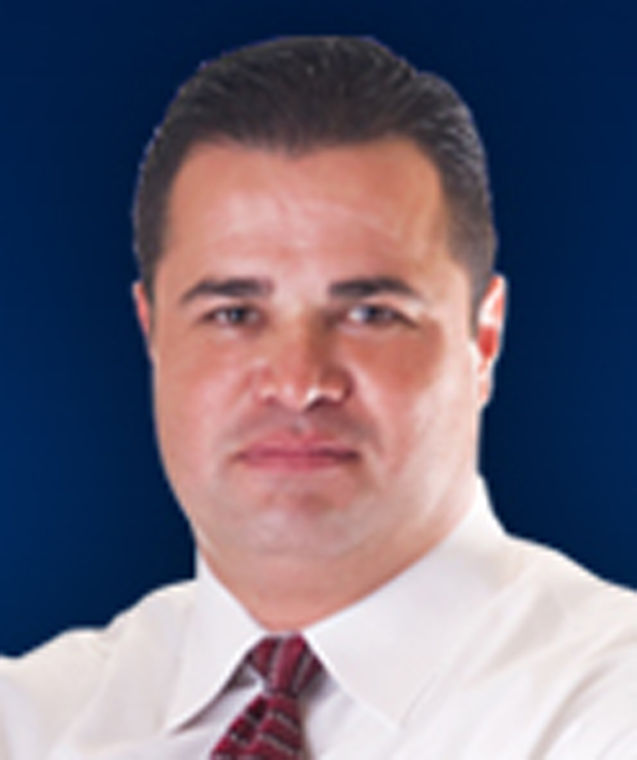 EDINBURG — No city employees or city officers have been named by the FBI as being the targets of an ongoing federal investigation involving the city of Edinburg, one of its council members said in a statement released over the weekend.

Council member Homer Jasso Jr. also disputed reports that the FBI probe, which city officials confirmed last week, includes what some allege is a conflict of interest involving him and a relative who is part of a city-sanctioned project to build housing.

Edinburg officials confirmed Tuesday they are “fully cooperating” with the FBI, but refused to give any details of the federal probe, referring all questions to federal authorities. FBI Special Agent Michelle Lee, a spokeswoman for the FBI based in San Antonio, declined to comment Tuesday.

Jasso’s statement is the first by a city official that offers any additional insight into the federal probe beyond what the city spokesperson said last week.

It also comes at a time when new questions have been raised about a company associated with the construction project, Total Commitment Construction LLC. These questions include whether a man who pleaded guilty to bribing an elected official several years ago has a role in the company.

“The media has previously reported alluding to a federal investigation involving a City of Edinburg project,” Jasso said in his prepared statement, which was released Saturday.

“However, the investigative authorities have not represented that the City of Edinburg, its employees or officers, or any projects are a target of their investigation,” Jasso wrote.

“My name has been mentioned as part of the story about a possible conflict of interest that I may have with this project,” Jasso wrote. “I want to reassure my family, friends and citizens of Edinburg that nothing took place that would break or compromise my position, bond and integrity as a city councilman and a public servant.”

“Those who know me, like my family, friends and the men and women I worked alongside as a federal agent, know my morals, work ethic and Integrity,” Jasso wrote. “I am fully conscious of my values and commitment to the City of Edinburg.”

Jasso’s statement came in response to an interview request by The Monitor regarding allegations by two fellow council members that a brother-in-law of Jasso would profit from a city-sanctioned building project called La Sienna Apartments that Jasso voted to approve.

Council members David Torres and Richard Molina allege during a Dec. 12 special meeting that Jasso’s brother-in-law was set to make $3 million from work stemming from the construction of the apartment complex.

Jasso voted in favor of an item that allows the city to begin construction of 288 apartments in north Edinburg — despite repeated calls from Torres and Molina to recuse himself. Jasso’s vote was critical in allowing the measure to pass.

“I am and will always be trusted to make sound decisions when I vote as a representative of our community,” Jasso wrote. “I am confident that for this particular issue I did the right thing and did not violate my sacred oath and responsibilities as a city councilman.”

But critics of the project remain concerned and those concerns were only heightened by the news last week of the federal probe.

The ownership of the company that was in question is hard to unravel. The city attorney told Molina in his letter opinion that Total Commitment Construction Company LLC belongs to 29-year-old Pedro Armando Gutierrez Jr.

“After inquiry, it was determined that Pedro Armando Gutierrez Jr. is the stepson of Commissioner Homer Jasso Jr.’s stepsister, Jessica Johnson Gutierrez,” Palacios wrote in his letter.

The 29-year-old man is also the son of 48-year-old Pedro Armando Gutierrez, a convicted felon who bribed a former school board member of the Pharr-San Juan-Alamo Independent School District.

The elder Gutierrez pleaded guilty in 2007 to a bribery scheme that sent several school officials to prison, including then-superintendent Arturo Guajardo.

According to the indictment, the now 48-year-old Gutierrez began bribing former school board member Rogelio “Roy” Rodriguez in March 2002. The pair would meet outside of school meetings to arrange pay-for-play transactions.

Gutierrez and one other man gave Rodriguez a total of $60,000 on several separate occasions to secure work for at least two of his companies: Stronghold Masonry and The Rock Masonry, the indictment alleged.

A federal judge sentenced the elder Gutierrez to three years probation in June 2011. He received a light sentence and avoided prison time because he cooperated with federal authorities and implicated others in the scheme, Monitor records indicate.

It took four years for Gutierrez to be sentenced. And somewhere in between his guilty plea and his sentencing, Total Commitment was born. His son was 22 years old at the time the company was founded.

The suffix “Jr.” is a point of contention that complicates the ownership question.

A Monitor reporter’s call to the Mission company seeking comment on Friday was not returned.

When it comes to ownership of the company, there are several discrepancies found within the information provided by the Texas Secretary of State’s office, which is the agency in which limited liability corporations are registered.

According to a hard copy of the certificate of formation for the LLC — filed July 22, 2009 — the company is owned by Pedro A. Gutierrez. Under the “suffix” portion of the document, where the name Jr. is usually listed, the document indicates the owner’s suffix is “Mr.”

On the other hand, the name “Armando Pedro Gutierrez Jr.” appears as the company’s registered agent with the secretary of state.

To complicate matters further, a lawsuit filed in state district court in 2012 indicates that the elder Gutierrez is also known as Pedro Armando Gutierrez Jr. The 48-year-old’s date of birth is listed in the suit filed against him by First National Bank.

Jasso also indicated the company belonged to his brother-in-law, whose name he did not mention, during the Dec. 12 meeting as he tried to “clarify everything.”

“He’s been working with FJW (Construction) for years,” David Marquez, the owner of D&M Ventures said after Jasso spoke about his brother in-law.

“Our recollection of the city meeting that occurred on December 12th was an allegation that Commissioner Homer Jasso’s family members owner a business entity, Total Commitment Construction, LLC, that had been contracted or promised work in connection with the La Sienna Apartments Project,” the city attorney wrote in his opinion, dated Jan. 19.

In light of the above information, it our opinion that Commissioner Homer Jasso, Jr. does not have a substantial interest as defined under Section 171.002 of the Texas Local Government Code.”