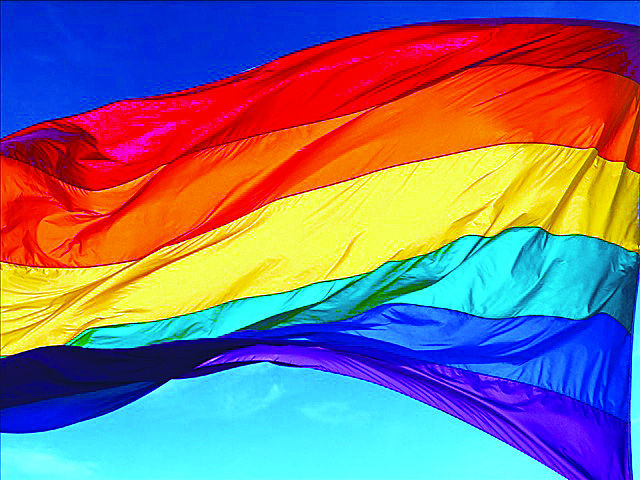 While the war wages on against North Carolina’s HB2, which bans local protections for transgender individuals, the fight for LGBTQ rights has only recently become an active movement in the Rio Grande Valley.

Although embedded deep in a conservative state, the Valley is known for being a liberal area. However, the abundance of immigrants and poverty can create a disconnect from the plight of the LGBTQ community.

“What happens often with social justice movements is that they get sucked into this elite group of queer and trans people who are super academic, but that’s not where the power is,” said Dani Marrero Hi, a digital marketing specialist for LUPE and a digital content fellow for United We Dream, an organization for immigrant youth.

“The power is in the community, in the base where they lack access to equitable education and don’t have access to these things,” she said.

A Valley native, Marrero said she was surprised to learn of the different LGBTQ events when she attended a university in Boston.

“The Boston queer scene, as they call it, is very different from here,” she said. “In any big city, people are just more out.”

Marrero said she could not believe there were things such as LGBTQ conferences and knew those types of events were lacking in the Valley.

As a result, Aqui Estamos was born last May and held its first annual conference in August. The two-day event was attended by about 200 people and featured guest speakers, workshops and training sessions. Topics included transgender rights, health, mental health and entrepreneurship.

One of the volunteers of the event was Chase Anderson, a 19-year-old transgender man who said growing up here wasn’t easy.

In middle school, when he was still known as a woman, an administrator caught Anderson with another girl and outed Anderson to his family.

Anderson said he had been holding hands and being affectionate with a girl in a locker room when an administrator walked in and immediately called his mother.

“I was outed to my mom, and that went pretty badly because it was just out of nowhere,” he said. “It was just really difficult being outed by somebody else who wasn’t even a close part of my family or friends or anything like that.”

Anderson said it took about half a year for his mom to come to terms with his attraction to women, but his mother, Cynthia Catchings, said the problem was more that Anderson was seen.

“I think that the main issue was being caught, even if it was a boy, that was my anger,” she said. “My problem with that situation was that they were out there in public and also finding out at that point kind of getting an idea that he was seeing a girl; it was a shock.”

“Even though the signs were there, it’s not something that my parents were aware of or had any knowledge of,” Anderson said.

Catchings said the signs were present since Anderson was four and asked for Spider-Man toys and boys underwear.

“I think that was the beginning of it,” Catchings said. “That he was already identifying more like a boy than as a girl.”

Anderson said that as a child he idolized his dad as well as the famed web-slinger.

“I would dress like Spider-Man all the time,” he said. “I would never take that suit off.”

Although signs of his male identity were present from a young age, Anderson said he didn’t come out to his mother until he was 17.

“I think that about that time I was already like, ‘Ok, I know this is not another phase. I think that this is you finding yourself with a little bit more maturity,’ and knowing that was what he wanted,” Catchings said.

Catchings is a social worker, which helped her be open to the changes her son underwent over the years. However, she continued to struggle with fear.

“I was very afraid that somebody will hurt him,” she said. “That was my fear; you can do anything as long as he doesn’t get hurt, and that was my main concern.”

However, Anderson said he feels relatively safe in the Valley, especially compared to his time living in Laredo.

He said living there could be scary, especially with the discrimination that came when choosing which restroom to use.

“I don’t want to make anybody uncomfortable in the women’s, but I’m scared for my life in the men’s,” he said. “I’m not saying that it’s amazing over here, but Laredo was just a scary place.”

While there is currently no legislation in Texas that restricts the restroom use of transgender people, Anderson is aware that the conservative nature of the state means it could be a reality.

“I feel like it could be a pretty big possibility and that is a scary thing to think about,” he said.

The organizers of Aqui Estamos know that legislation similar to North Carolina’s bill could be on the horizon, so they took a proactive stance by organizing a rally.

“We’re sending a message to our state government saying, ‘We’re not going to tolerate this kind of stuff,’” Marrero said. “‘There’s already this group of people forming and don’t even think about it.’”

Through Aqui Estamos, Marrero and its 50 members hope to be able to address the intersection of those issues: help people within the LGBTQ community who also face issues prevalent in the Valley like problems of immigration or poverty.

“We are fighting for LGBTQ rights, but we are also taking into account that most people that live in this area are Mexican-American or some sort of immigrants,” she said.

“Queer or trans people or other people that have identities that are working against them, if you have some sort of privilege, you are able to get out and find somewhere that works for you,” she said. “But if you don’t, you’re kind of stuck here and those things are connected to poverty.”

Joaquin Carcaño, one of the lead plaintiffs in the suit against North Carolina’s HB2 law, said he realizes he is privileged to be able to talk about those issues and praised the organizers in the Valley who have made it easier for other people to have those conversations as well.

Carcaño also said it’s important to break down the misconception that the issues of LGBTQ are only important to people in certain areas.

“People who aren’t part of the LGBT community or the academic communities, when they hear about these conversations, they think these identities only exist in these areas, which is not true,” he said. “The identity didn’t come from being in these towns, people flock to these towns because they can have these conversations or be able to live more openly.”

For people who haven’t been able to live openly or have been kicked out or their homes for trying to do so, they can seek refuge at Pride Home, an organization that provides housing for LGBTQ youths.

Anderson and his mom volunteer at the home, which currently houses six individuals.

With more LGBTQ events and organizations springing up around the Valley, Marrero is optimistic about the evolution of the area.

“I think the Valley is in a very unique place right now as far as social justice and things changing,” she said. “I think we’re going to see a lot of change.”