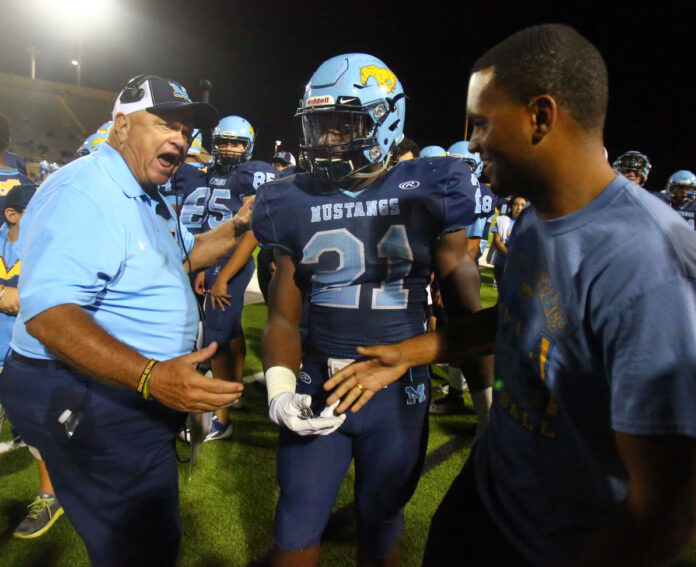 McAllen Memorial senior running back Trevor Speights was named to the 2016 Parade Magazine All-America First Team, one of just three players from Texas to earn the honor.

Speights, who signed Wednesday to play football at Stanford, was one of 10 finalists for Parade’s All-America Player of the Year award, which went to Chazz Surratt of East Lincoln High School in Denver, N.C. Speights was one of only 25 players named to the Parade first team, which has been selected annually by the magazine’s editors since 1963.

Speights ran for 3,195 yards — the second-best season in Valley history — and a Valley-record 50 touchdowns in 2015. For his career, Speights amassed 9,868 yards and 116 rushing touchdowns. The yardage total is the fourth all-time in Texas and seventh all-time nationally, according to the National Federation of State High School Associations.

His touchdown total of 120 ranks tied for ninth in state history.

The only other valley player to land on the team was Bradely Stevens in 2006. Stevens also played for McAllen Memorial.