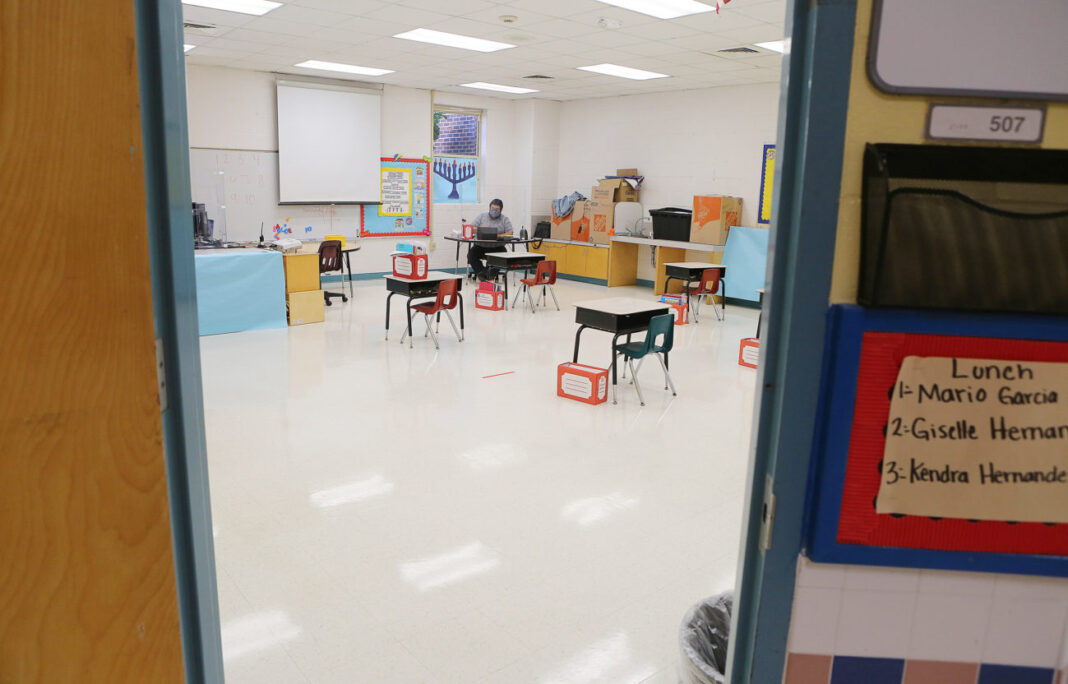 Aspiring bilingual teachers may soon receive financial support from the state for their schooling through legislation a local congressman is pushing this legislative session.

Rep. R. D. “Bobby” Guerra, D-McAllen, is proposing House Bill 1744 which would establish financial incentives, such as tuition assistance and avenues for student loan repayments, for those students working toward bilingual education certifications.

“My bill would encourage promising students to become bilingual teachers and provide financial incentives to do so,” the representative said. “So we are not only providing these programs, but also incentives. That is what this bill does.”

Funds would be given to students who complete courses in high school that relate to bilingual education. The state’s board for education certification would be responsible for the incentive application process.

Guerra emphasized the importance of bilingual educators in the Rio Grande Valley, saying in his District 41 — which covers parts of McAllen, Edinburg and Mission — at least 60% of residents speak both English and Spanish. And he noted that about 25-30% of all Texans only speak Spanish.

Funds would be awarded to students enrolled in bilingual education programs in college after they receive their certification and teach at a bilingual program at a school with a shortage of teachers for at least two years.

“I just think we need to recognize how we can help our students succeed, and this is just one more avenue for that to happen,” Guerra said. “And again, living here in the Rio Grande Valley, there is a tremendous need.”

Guerra said if passed, $19 million in state funds would be allocated for the program over the course of the next two years.

About 35% of the students at Edinburg Consolidated Independent School District are considered English-language learners, or ELL students who don’t speak or learn in English and come from non-English speaking homes.

ECISD teaches 11,725 ELL students, of which 6,253 are in elementary. The district has 702 certified elementary bilingual teachers.

The statistics run the same at McAllen Independent School District, where 35% of its student body, or about 8,022 students, is in the district’s bilingual/ESL program. About 15% of the district’s teachers, or 247 of them, are certified to teach bilingual students.

ESL classes start in middle school and include students whose native language may be one other than Spanish.

Overall, around 36% of Mission CISD students, which is about 7,500 students, are considered Limited English Proficient, meaning they were either not born in the United States or their native language is one other than English.

Mission CISD has 381 bilingual certified teachers. Angelina Martinez, the district’s director of bilingual/ESL learning, said the department has to be “strategic” about organizing classes to balance class sizes.

Of the nearly 400 bilingual-certified teachers there, 250 are in elementary schools.

“We are right by the border, and for a majority of our students, their home language is Spanish,” Martinez said.

She added there are many benefits to nurturing students’ bilingual skills, and not just the obvious ones. According to research by the National Institutes of Health, students who are bilingual perform better on tasks that require conflict management and are less likely to acquire Alzheimer’s disease.

“It’s about giving students the opportunity to learn in a language they are comfortable with and valuing their native language,” Martinez said.

Editor’s Note: This post has been updated to correct the name of the bill.