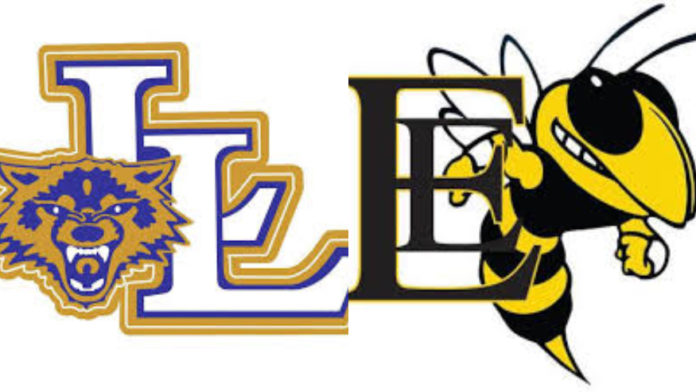 ELSA — The Edcouch-Elsa Yellow Jackets set the tone early in their first home game of 2021.

After winning the opening tip, it took junior point guard Mia Flores less than 5 seconds to knock down the Jackets’ first bucket of the game and set the stage for one of the most outstanding girls basketball offensive performances of the season in the Rio Grande Valley.

Flores and senior guard Madi Trevino led the charge as five players scored in double figures to help the Yellow Jackets roll to a lopsided 81-33 victory over the Brownsville Lopez Lobos in District 32-5A play Saturday afternoon at Edcouch-Elsa High School.

“We’ve been preaching playing as a team,” Edcouch-Elsa head coach Daniel Richardson said. “We have a lot of individuals who are pretty good at a lot of different things. We’ve just been trying to put it all together and we were able to do that today.”

Flores and Edcouch-Elsa made their presence felt by continually upping the tempo offensively and pressure defensively.

The Yellow Jackets swarmed Lopez’s ball handlers from baseline to baseline with an ultra-effective full-court press that forced the Lobos into making mistakes and created transition opportunities that E-E took advantage of early and often as part of a 27-point first-quarter barrage.

“That’s kind of been our identity. Building off what we did last year in the playoffs, defense is something that we really stress,” Richardson. “Being able to come out here and fix our rotations with the new girls and things like that with a limited amount of games takes some time, but we saw the fruits of it today.”

The Jackets intensity and physicality on both ends of the floor waned on the Lobos, who were unable to keep pace without committing costly turnovers, as E-E notched 16 steals as a group.

Once Lopez was able to settle in and find its rhythm offensively, Edcouch-Elsa was able to switch gears and dominate in the halfcourt offensively thanks to tremendous ball movement and its dominance in the battle on the boards.

The Yellow Jackets tallied 23 assists as a team and recorded more rebounds (43) than points allowed for the game.

“We’re in a competitive district. Today they tried to run a box-and-one against one of our girls, so we have to be able to score in different ways,” Richardson said. “I think we did an excellent job of that today.”

Flores and Trevino led the way for the Jackets with each notching a double-double in the team’s 48-point victory.

Flores ended with a game-high 17 points and 10 rebounds and Trevino tallied 10 points, 11 rebounds and seven assists. Forward Josie Alvarado added 13 points to the complete team effort, while Vida Ybarra and Anabel Martinez scored 12 and 10 points off the bench, respectively.

The Yellow Jackets converted on 48% of their shots from the floor and 55% of their 3-pointers to move to 4-1 in district play and record their second blowout win in as many days.

Edcouch-Elsa will return to the court to face 32-5A rival Brownsville Veterans, which has yet to lose a district contest, at 7:30 p.m. Tuesday in Brownsville with the winner seizing first place in a competitive District 32-5A.