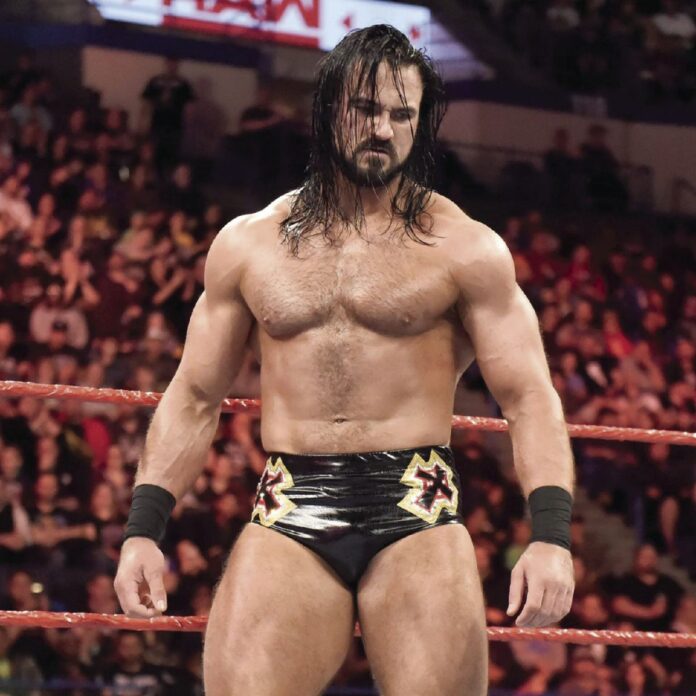 When WWE Superstar Drew McIntyre learned that the company would be bringing a show to Edinburg for the first time, he felt a sense of excitement. Even without the “h,” Edinburg still sounds like home to the native of Scotland.

“We’re debuting in a new place, and it’s pretty cool, because it’s Edinburg, which is the capital of Scotland,” McIntyre said. “We’re bringing our absolute ‘A’ squad. If you haven’t seen it before, I strongly advise you, come along and check it out. There’s nothing like it on earth.”

McIntyre will be one of the primary attractions when WWE holds a non-televised show Sept. 14 at Bert Ogden Arena, marking the first sporting event at the new venue, as he will team with Dolph Ziggler to take on Seth Rollins and Dean Ambrose.

Also on the card is a Universal Championship match between Roman Reigns and Braun Strowman, a Raw Tag Team Championship match that pits Matt Hardy and Bray Wyatt against the B-Team, and matchups of Finn Balor versus Jinder Mahal and Bobby Lashley versus Kevin Owens.

McIntyre has wrestled in hundreds of venues around the world for various promotions during his 17-year career and said fans in Texas were usually among the most knowledgeable.

“It’s exciting when you get fans that are on that level of thinking. That’s what I look forward to,” McIntyre said. “If I’m in the town, and you see me outside the arena, I know I’m a big scary guy on TV, and that’s the way Drew McIntyre is, but outside the ring, if you see me, come have a conversation and let’s rap about sports entertainment, because I really love it. And Texas is a great place with a fantastic history for sports entertainment and wrestling, so that’s why it’s very exciting to enter this new market.”

McIntyre has given fans of the WWE product plenty to talk about through the years. He said he was still living with his parents when he was signed by the company at 21 years old, making his debut in 2007 without ever having a chance to grow up and experience adult life on his own.

Though he captured the Intercontinental and WWE Tag Team Championships once each, many felt he failed to maximize his potential before being released in 2014.

“I had to really eradicate all the negatives in my life,” McIntyre said. “I had to take out the drinking and start working harder than I’ve ever worked. It was very rewarding, because I started seeing a difference with all the companies I worked with. They all grew.”

McIntyre returned to Insane Championship Wrestling in Scotland and said the audiences grew from 1,600 fans for his debut to 7,000 when he left in 2016. He also wrestled for Evolve, TNA, Pro Wrestling Guerrilla, What Culture Pro Wrestling and many others before returning to WWE’s NXT brand in April 2017.

He quickly rose to the top of the brand, winning the NXT Championship within four months before dropping it in November when he suffered a torn bicep near the end of a title match. McIntyre immediately rededicated himself to coming back better and stronger than he had ever been,

“Even before I returned to the ring, I was breaking my personal bests in the gym. I had gained about 10 pounds, and I was at a different kind of level,” McIntyre said. “No matter what you hit me with, I’ll keep coming. That’s why my nickname is the Scottish Terminator.”

Now, McIntyre said he looks the way he wrestles: “Like I may have stepped out of ‘Game of Thrones.’” He said he stands 6-foot-5 and 260 pounds and uses a very intense, brooding and aggressive wrestling style.

Nearly four years after his release, McIntyre made his return to WWE television with an appearance on Raw on April 16. In his first televised interview, McIntyre spoke out against the sense of entitlement and complacency in the WWE locker room that cost him his first opportunity in the company.

“As great of talent that we have — we have the top female talent and the top male talent — there’s also perhaps a few individuals who are coasting along,” McIntyre reiterated Monday. “Perhaps they don’t realize the opportunity they have in WWE, much like I did during my first run. And I’m back to eradicate them, bring in some new talent and ensure we’re the No. 1 show — all killer, no filler — from top to bottom.”

He said that mentality helped forge his bond with Ziggler, who McIntyre described as equally driven to raise the level of WWE through high-quality matches.

McIntyre has yet to be pinned or submitted since returning to Raw, and he assisted Ziggler in winning the Intercontinental Championship. Rollins defeated Ziggler to reclaim that title at Summerslam, and helping Ziggler right that wrong is one of McIntyre’s many goals moving forward.