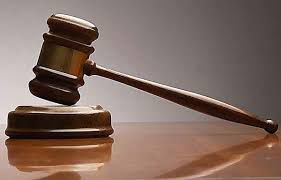 A senior federal judge granted a stay of execution for a man condemned to death for killing an elderly woman during a burglary two decades ago.

Ruben Gutierrez, 41, had been scheduled to die on Sept. 12 at 6 p.m. for murdering 85-year-old Escolastica Harrison at the Harrison Mobile Home Park on Morningside Road in Brownsville in 1998.

A Cameron County jury in the 107th state District Court convicted Gutierrez based on evidence that he befriended Harrison so he could rob her of some of the $600,000 in cash that she had hidden in her home. According to police, Harrison didn’t like banks and kept her money in a suitcase in her trailer home. An autopsy showed she had been stabbed 13 times with two different screwdrivers and was also beaten.

“Allowing the execution to proceed, however, would deny Gutierrez any meaningful opportunity to conduct an investigation into the factual and legal basis of potential claims,” Tagle wrote in her order.

New lawyers appointed to represent Gutierrez early this month made the request on Aug. 10, and argue they need more time to learn about Gutierrez and go through the massive case record.

“Through no fault of his own, Mr. Gutierrez is before this Court less than a month before his scheduled execution with counsel who were appointed to his case within the past ten days,” the motion for a stay of execution states.

Gutierrez’s previous attorney said in court documents that she didn’t believe she had the expertise to represent the man at this stage of his litigation, and Tagle’s order notes that the attorney is no longer allowed to practice in the 5th Circuit Court of Appeals because of rude behavior toward court staff.

The motion for stay of execution notes that Gutierrez’s former attorney never disclosed that to him.

The condemned man’s new attorneys mention in their motion for stay of execution that they may prepare civil rights litigation, need time to apply for clemency in an attempt to commute Gutierrez’s death sentence to life without parole, and also need to investigate what kind of efforts Gutierrez’s trial attorneys put into DNA testing crime scene forensic evidence.

“We’re terribly disappointed there was a stay granted,” Saenz said.

However, on Monday, the Texas Solicitor General’s Office filed a motion to vacate the stay of execution, Saenz said.

If the stay of execution is not lifted, Saenz expects Gutierrez’s attorneys will file a request to DNA test crime scene forensic evidence, to which the DA’s Office will object.

During a brief interview Wednesday afternoon, Saenz contended that Gutierrez had previously conducted DNA testing on the forensic evidence in the case, which the man’s new attorneys contend in the motion to stay the execution has never happened in the case.

Gutierrez claims he organized the burglary, but did not take part in it and that DNA testing would corroborate his claim.

“Mr. Gutierrez has fought for nearly a decade to have the forensic evidence in his case DNA tested — including fingernail scrapings, blood stains, and hair evidence. To date, none of it has been tested,” the motion for stay of execution states.

Saenz has called the DNA claim hogwash, and in a previous interview said Gutierrez confessed to the crime and that his co-defendant testified Gutierrez was an active member in the crime.

Harrison’s family was disappointed in the news, Saenz said.

“The disappointment is much more compounded by the fact that it’s this close. They’ve been waiting for years to get to this point, which is doubly disappointing,” Saenz said.

Every time the execution gets set back, the family has to relive the crime and anguish, he said.

Harrison’s surviving sister, who is up in age, wants to see the man executed, Saenz said.

“She’s holding on because she wants to see this come about,” he said.