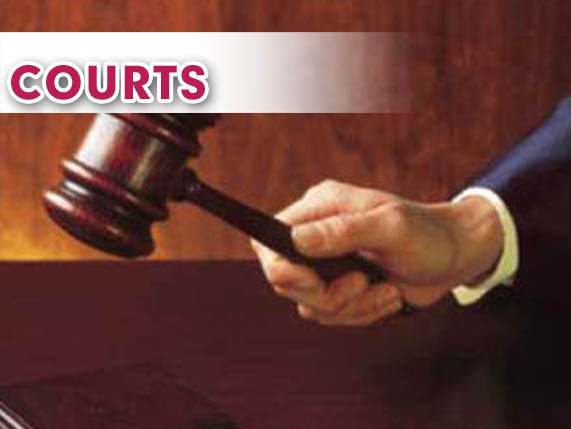 McALLEN — A federal judge handed down a split sentence for a Rio Grande City woman accused of helping her boyfriend traffick ammunition into Mexico.

U.S. District Judge Micaela Alvarez sentenced Paola Benavides to six months of incarceration in federal prison, and six months of home confinement for her role in “aiding and abetting” in the trafficking of ammo into Mexico from the U.S.

Benavides, 19, apologized to the court for her involvement in the scheme to move more than 1,000 rounds of ammunition last summer.

In April, Benavides pleaded guilty to importing firearms — count one against her — and was set to be sentenced in June. The hearing, however, was rescheduled.

Out on a $10,000 bond since December of last year, she was facing up to two years in prison before her hearing Friday.

U.S. Homeland Security Investigations agents arrested Benavides in late July 2017 after she and two others were seen on video purchasing ammunition at a local sporting goods store.

Her boyfriend at the time, Rigoberto Mena-Gutierrez, 21, of Mexico, who does not have legal status to be in the country, was seen in surveillance video shopping at a McAllen federal firearm licensee location along with Benavides on July 26, 2017.

HSI agents reviewed the recorded video about a month later that showed Benavides, Mena-Gutierrez and a third unidentified person shopping inside the store, the complaint states.

In total, the trio purchased three boxes, carrying 520 rounds of Monarch ammunition 7.62-by-39 mm each for a total of 1,560 rounds, the complaint states.

“Mena-Gutierrez paid cash for ammunition and Mena-Gutierrez, Benavides and unnamed co-conspirator exited the store together,” the complaint states.

Employees with the sporting goods store provided HSI agents a copy of Mena-Gutierrez’s “Mexican issued driver’s license,” showing he was a Mexican citizen.

Mena-Gutierrez, who had been previously deported in October 2015 and October 2016, was sentenced to 15 months in prison for his role in the scheme on July 31, court records show.

On Nov. 29, 2017, Benavides was interviewed by federal agents at a port of entry in Rio Grande City where she admitted she knew Mena-Gutierrez lacked legal status in the country, and that despite this knowledge, she still aided and abetted him in the purchase of the ammunition, the complaint states.

Alvarez chided Benavides, the mother of two young children, for her role in the scheme and said the court was concerned she had participated in the trafficking of ammunition — a continuing problem in the Rio Grande Valley.

She said as a mother, Benavides should always ask, “Is this good for my children?”

Alvarez said she understood she became involved because of the relationship with her then-boyfriend, but that she needs to make better choices.

“If they’re getting you involved in criminal activity, that’s not good either,” Alvarez said.

In addition to the six months of prison time and as many months of home confinement, Benavides will serve three years of supervised release, court records show.