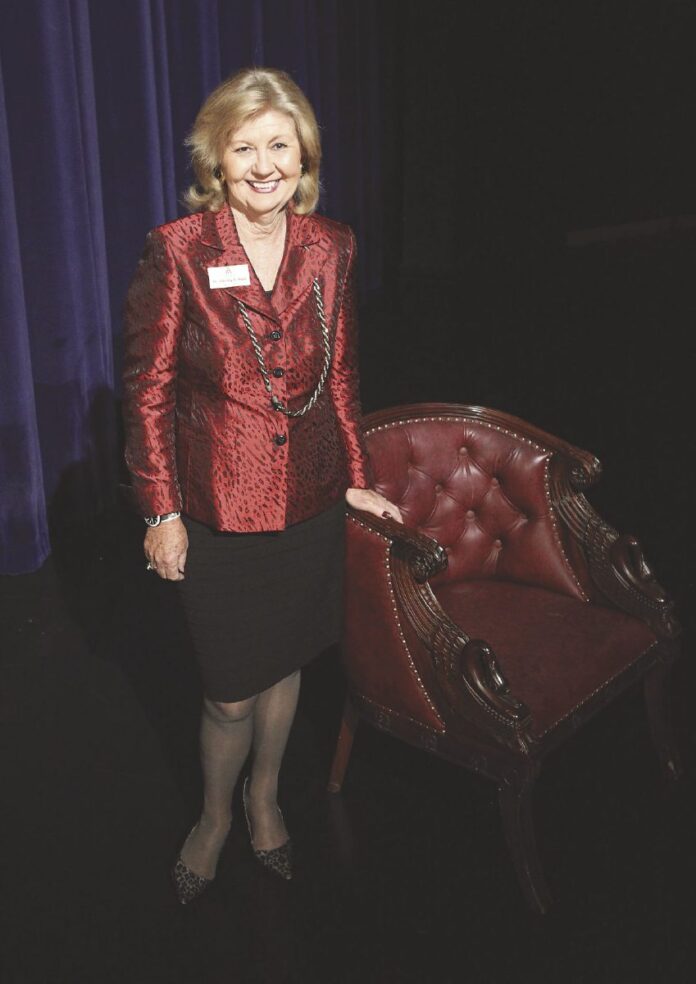 Doubts of Shirley Reed’s ability to fledge the first community college in the Rio Grande Valley more than two decades ago did not discourage her. Instead, she remembers these as an important aspect of South Texas College’s flourishing.

“They just kind of humored me like, ‘Oh yeah, you go do that,’ in a very dismissive way,” recalls Reed, South Texas College’s first and only president. “It was probably the biggest gift I was given because they didn’t oppose me, they didn’t think there was a chance that this would happen … well, we were successful. It took an incredible amount of work, but they didn’t oppose it. That was key to getting this place started.”

This year marks the 25th anniversary of STC and the celebration of its achievements, which have helped redefine higher education in the Rio Grande Valley.

STC was established in 1993 with the passing of Senate Bill 251 called for the creation of a junior college to serve Hidalgo and Starr counties. As founding president Reed had to convince voters to support the creation of a taxing district and the approval of a $20 million bond issue for the establishment of the college, which passed in August of 1995.

The college, first known as South Texas Community College, started in a small makeshift campus in McAllen with a cohort of about 1,000 students. And through the years the junior college extended its reach now offering classes at five campuses in McAllen, Weslaco and Rio Grande City, and two education centers in La Joya and Pharr. More than 34,000 students now seek technical certificates, associate degrees and even bachelor degrees across the school’s locations.

“I remember when they first introduced me to the community and we were, I think at the McAllen Country Club — that big room,” Reed said. “It was packed with people and they said, ‘What are you going to make of this college?’ I said, ‘We are going to have 10,000 students here in 10 years.’ And that whole room just started giggling and laughing, I have never forgotten that.”

She knew she had the ability to get the job done, she said, but those whispers and giggles doubting her abilities were hard to ignore until she realized it wasn’t only her abilities they doubted, but those of the people ignored in the higher education community.

“They would say, ‘Why do we need a community college for? We have the university,’ and I said ‘You think everybody is going to go to the university?’” Reed recalled. “There wasn’t any choice and there really was a devaluing of the potential of the students in the Valley.”

Before Reed knew she would be leading what is now considered the top community college in the Valley, she held the position of vice president for finance and administrative services at Northland Pioneer College in Arizona and had been in higher education for about 20 years.

It was during her tenure in Arizona that she gained many of the leadership skills she would later use to lead STC. Reed went into education already holding a doctorate, but decided to pursue a Master’s of Business Administration in international business. This move paid off, she noted, realizing what she learned was necessary in leading the creation of a college near an international border.

From its beginning, STC’s target student demographic included mainly those who are the first in their family to go to college.

Local leaders, land owners and businessmen, supported the idea of creating a mentality that encouraged college enrollment alternatives aside from attending a four-year institution.

They realized, Reed said, that the only way to create growth in the Valley was to offer a path toward good paying jobs.

“Poverty was 60 percent, unemployment was over 24 percent in this county and 40 percent in Starr County — very low wage, very much agricultural economy,” Reed said. “We knew very early that you had to have jobs, families had to have an opportunity to earn a living wage. It was the only way that these families were going to get out of poverty and into the middle class.”

Once voters gave the green light to fund the college, the challenge continued as Reed was tasked along with appointed board members to get the college running. Her life was pretty much STC, Reed said, feeling as though she practically lived on campus to earn accreditation, develop programs and move graduates into the workforce.

Much depended on the success of these initial years.

“The funding was so limited and we knew that the graduates had to go into good-paying jobs and they had to be well-prepared, or we wouldn’t have any credibility,” Reed said.

The college managed to attract talented people who were ready for the challenge and managed to see through the doubts. Many of them have moved on to lead other community colleges, Reed said, and the difference was that these people had seen what higher education could mean in the life of those who thought it was unattainable.

The college continues to have students from all walks of life, Reed said, but this particular demographic has remained unchanged as nearly 70 percent of its student body is first generation college students. But even as the college pathways have widened the region remains in need.

Reed points out that the Valley’s poverty rate remains at about 40 percent, but stressed that upward social mobility is among the college’s primary goals to give underprivileged students the means of improving their families’ quality of life.

“You ask us today, ‘What is your mission?’ And we are preparing a workforce,” Reed said. “We want college to be affordable, to be accessible and to be expected for all … it begins with that one student. We change the life of that student and we change that family, and the next generation. They are going to go to college, there’s no question about it.”