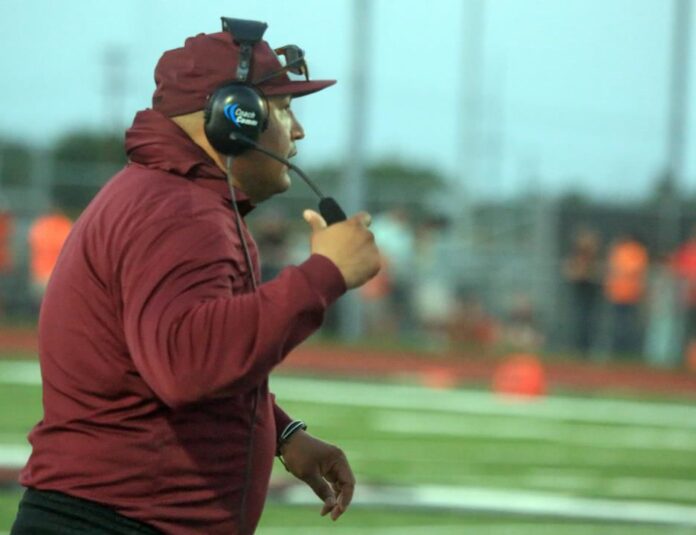 The last three years, he has been on Donna North’s varsity team as a defensive end.

When coach Joe Marichalar was hired at North, he realized he didn’t have a quarterback on the roster.

Sure, Lagunes knew he could throw the ball from his backyard games with his brother, sophomore Marcus, but varsity quarterback was a whole new level.

Jesus used to joke about it with offensive coordinator Alejandro Rosales, who was previously at San Benito. None of the coaches knew if he was serious about it, or if it would work.

Jesus showed up to practice one day, and the Chiefs didn’t have anyone to take the quarterback snaps.

“Coach, we need a quarterback. We don’t have a quarterback,” Jesus recalled his teammates and coaches saying. “Coach Marichalar said, ‘Yes, we do. Lagunes is there.’ I stepped up, got some touchdowns, and now I am here: starting quarterback.”