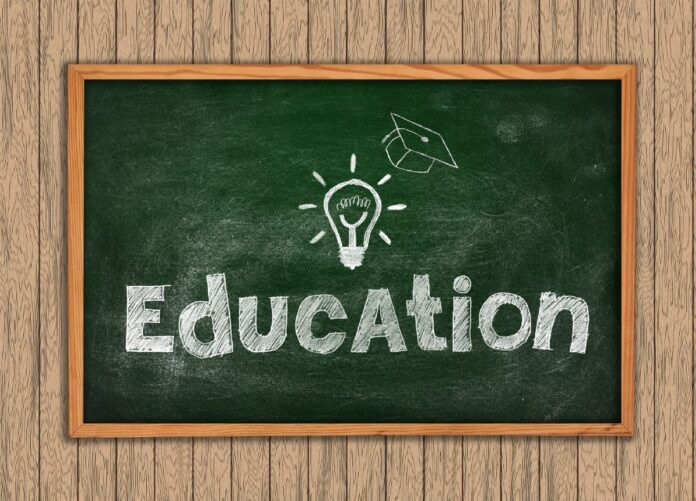 McALLEN — The high academic performance of most schools in the Rio Grande Valley has some eager to learn how the area is disrupting preconceived correlations between high poverty and low performance.

“The performance there is so impressive because the Rio Grande Valley has the most number of children who grow up low income of any region in Texas, yet it has the most number of schools with an A or B grade in our school ratings,” said Andy Canales, director for social measurement and evaluation at Children at Risk.

The Houston-based nonprofit Children at Risk is a statewide children’s advocacy organization that releases annual reports ranking and grading schools across the state on many aspects of education, including academics, nutrition and recess.

The organization recently released its 2018 School Rankings report of the top elementary, middle and high schools in Texas. These rankings are based on standardized testing, or STAAR tests, in which schools are graded A through F.

The organization takes other key factors into consideration including comparing a school’s test scores to others with similar poverty levels; how children improve their standardized test scores over a school year; and in the case of high schools only, how these students are graduating in time and participating in college-related activities.

Statewide, the organization ranked 7,954 schools for this year’s report. Statewide, only 37 percent of elementary schools received an A or B grade, as well as 40 percent of middle schools and 39 percent of high schools.

The Rio Grande Valley, however, outperformed the state in key areas including the percentage of A and B grades and the percentage of economically disadvantaged students; and the region’s share of high performing schools that also happen to be high-poverty schools.

Compared to other regions of the state — North Texas, Houston, Tarrant County, Austin and San Antonio — the Valley had the highest percentage of schools receiving A or B grades at 46 percent, as well as the highest number of economically disadvantaged schools at 86 percent. Out of the high-poverty schools, 31 percent of non-charter or magnet schools received an A or B score.

A similar comparison can be found with one of the Valley’s closest regions, San Antonio, which has 59 percent economically disadvantaged schools and 33 percent of schools with A or B grading. Out of these high poverty schools only 3 percent received A or B grades.

“We are very curious to know what are the best practices being employed in the Valley and what can the state of Texas learn from the Valley that it can replicate statewide,” Canales said.

“The majority of the population in Texas, 60 percent, is low income and Hispanic students make up over half of the population. Yet in Texas, we have many schools that are underperforming so if we can learn and replicate what’s happening in the Valley we can improve the public education in all of the state.”

Some of what Canales is interested in learning from the region is how school districts recruit, develop and retain talented principals and teachers; the area’s access to early childhood education and pre-k; the area’s practices linked to time on task; how districts approach summer learning loss; and the specific characteristics of neighborhoods and communities across the Valley.

“What are the community assets in the Valley? What are the partnerships that are occurring between different nonprofit organizations and school districts?” Canales asked.

On this last note, it is not uncommon to see partnerships between educators of all areas such as public and charter schools, administrators, and higher education leaders come together with the purpose of evaluating strengths and weaknesses of the education pipeline in the Valley.

One of those meetings occurs every year as educators come together to develop the RGV Focus Annual Report, which seeks to keep track of the areas’ education health. The RGV focus leadership team includes representatives from public school districts, higher education, philanthropic organizations and community leaders.

The 2017 report was unveiled in May and highlighted the Valley matching or surpassing the state’s outcome in nine of 11 indicators, including STAAR third-grade reading, eighth-grade math, four-year high school graduation and AP or dual credit completion.

It pinpointed areas of challenge, including college readiness and four-year college graduation rates.

For superintendent Marla Guerra, who has been leading South Texas Independent School District for 17 years and is soon to retire, coming together as leaders and educators of all areas to coordinate, promote and strengthen the focus on education in the region is key to not letting preconceived notions deter Valley students.

“I think it’s a passion of our educators,” Guerra said. “I think we realize that we cannot let a label such as low socioeconomic status make us expect any less from our students. I know that when I came to South Texas (school district) the expectations were high, but we provide all the support and resources needed to succeed.”

As per a further study in the area by Children at Risk, Andy Canales said having funding and support to spend time in the area would be ideal, but it’s a goal that hasn’t materialized just yet.