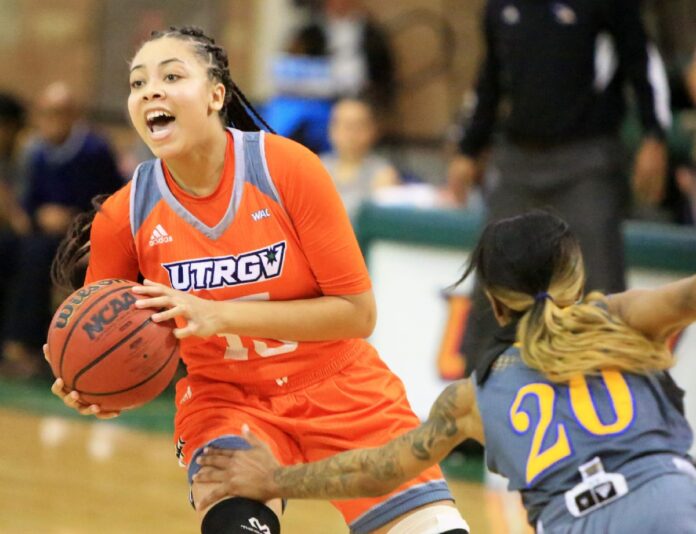 The UTRGV women’s basketball team will host the University of Texas on Dec. 20 in Edinburg, marking what is believed to be the Longhorns’ first match or game in any sport at the UTRGV program since 1971.

UTRGV women’s basketball has met Texas seven previous times, with the past six matchups taking place in Austin since 2003.

“Having a top-10 program come to our place is a once in a lifetime opportunity for our players and coaches,” first-year UTRGV coach Lane Lord said in a release. “We’re excited to play the best of the best. Bringing Texas to the Valley is very special.”

Then-coach Larry Tidwell, who has since left UTRGV to take a position at Texas Tech, last year helped secure the matchup against UT in Edinburg thanks to his relationship with Longhorns coach Karen Aston, UTRGV athletics director Chris King said.

First speaking about the game when Lord was introduced as UTRGV’s new coach in late May, King said he hoped it would lead to additional home matchups against UT in other sports down the line.

“We’re going to try to work with their administration and getting future other games from Texas, or A&M, or TCU,” King said. “In particular with Texas and the Longhorns. Hopefully we can get them down here for baseball and maybe some of the other sports, as well. I think that would be fantastic for the Rio Grande Valley and the community.”

UTRGV will also face a few grueling tests on the road, traveling to meet Texas A&M on Dec. 29 and Baylor on Dec. 31.

Texas A&M finished last season ranked No. 14, earning a 26-10 record and a trip to the NCAA Tournament’s Sweet 16, while Baylor went 31-1 during the regular season for a No. 2 ranking before also losing in the Sweet 16.

“Our schedule is very tough. We’re playing Baylor, Texas and Texas A&M, all of which are among the top 15 programs in the country,” Lord said. “I think these games will help to prepare us for the WAC. We’ll definitely be tested and challenged. That’s for sure.”

Overall, UTRGV will play 15 home games as part of a 29-game schedule that opens with a home matchup against Texas Lutheran on Nov. 10.