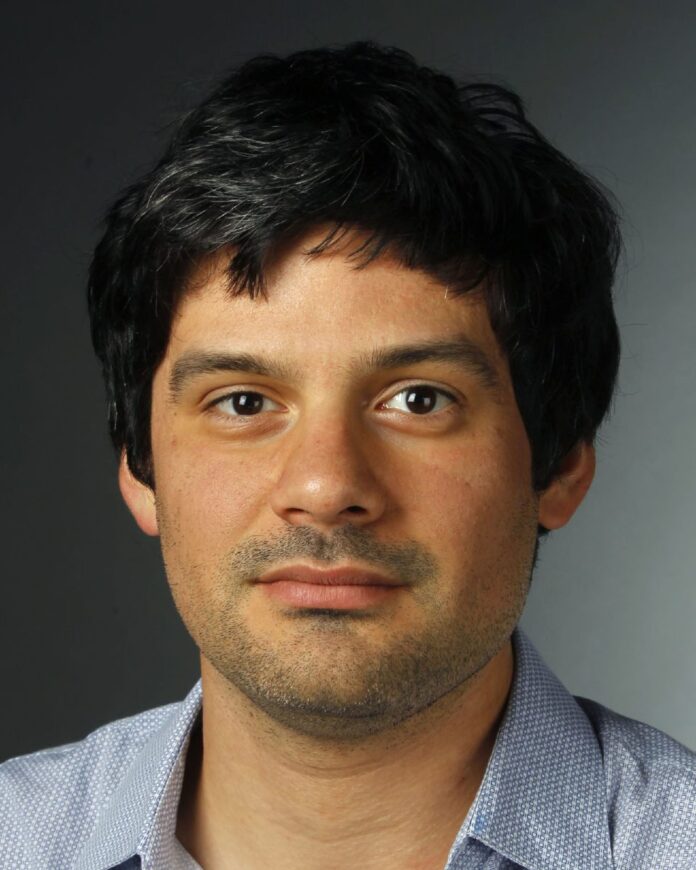 So, I recently stuck a tube in my mouth and awkwardly breathed into a machine for 10 minutes.

As I drooled, the device calculated my metabolic rate, or how actively my body breaks down food. After punching in my weight and height, the machine spits out the results. This was part of H-E-B’s health and lifestyle assessments it conducts through its pharmacy, which may be covered by your health insurance.

The results: My metabolism is extremely high and I could consume nearly 3,000 calories to maintain my starting weight, which was 211 pounds.

There is likely no underlying condition or ailment for my extra pounds, other than consuming more calories than I expend.

Essentially, I have nothing to blame but myself.

But I have the power to change this. This is within my control, if I make better choices.

“If you wanted to be a couch potato and not do anything for the rest of your life — just what your body needs to function, to metabolize your food, to digest, to pump blood through your veins — you need at least 2,966 calories,” said H-E-B registered dietician nutritionist JoAnn Martinez.

Factoring in normal movement and exercise, that adds about 1,200 more calories.

Martinez’s life changed when she was diagnosed with pre-diabetes in 2012, after her grandmother died from diabetes.

She made dietary changes, and went back to school to study dietetics while she was working.

As Martinez asks about my nutritional habits, it’s obvious why I’m overweight. I don’t drink enough water, or moderate portion sizes, and I drink too much alcohol.

“Calories are just a unit of energy, and what is body fat? It’s stored energy,” she said. “If I want this 1 pound to disappear, I need to burn 3,500 calories.”

Martinez said small, incremental weight loss is most effective. And because we’re not all endurance athletes, she said, we can’t expect to burn thousands of calories a day. She divided the calories needed to lose a pound by seven days in a week. If you maintain a 500-calorie deficit everyday for a week, you will lose one pound

“This is where we see sustainable weightless goals — about 4 pounds per month,” she said. Obviously, there are extreme exceptions.

She recommends counting calories through an app, such as MyFitnessPal, which she called “a dietician on the go.” You don’t need to track forever, just until you get an indication of how much calories things are. She recommends to track food, sleep, water and exercise.

She also recommends drinking as much water, in milliliters, as your suggested caloric intake.

For alcohol, she said that men are allowed one to two 12-ounce beers or “zero-calorie beverages,” which are drinks with vodka and a mixer that adds no calories. But it’s still empty calories.

She recommends meal prepping — making food in mass for the week. But if you’re eating out, she recommends sticking to whole wheat buns and grilled chicken. Because I have a lot of calories to work with, she said I could eat something like small portions of fries but avoid soda.

Martinez noticed that I don’t get enough dairy, so she recommend having a veggie-heavy sandwich or wrap for lunch — just “add a ton of veggies,” she said.

Also, she said that I should never replace a meal with fluid, but those can be used as supplements. It’s better to have your body digesting something solid, she said, and if you do liquid meals too often, it could slow your metabolism.

My ideal body weight is 172 pounds, she said, but that could range 10 percent over or under that number. She gave me a goal of 189.

So here’s the plan for the next two weeks: run for 30 minutes a day, drink about 3 liters of water, eat often, drink alcohol one day a week and limit myself to about 2,400 calories.

To see my progress starting in July, keep an eye out on our social media platforms.

I want to thank the people that reached out via email after last week — and also to the gentleman who recognized me, inquiring about the beer I was purchasing at a corner store. That made my week.

I received a lot of feedback about characterizing myself as overweight, which I thought was interesting. Statistically, I am. In fact, my body mass index (BMI) was pretty close to obese. It made me realize how our perception of a healthy size and shape might be skewed. For the purpose of this column, these tracking indicators are easiest. Weight, however, might not always be the best indicator of health.

While my official journey begins in July, I’ve lost about 7 pounds simply drinking more water, watching my portions, avoiding unhealthy foods and drinking less alcohol. That is a lot of weight to lose in a few weeks, especially since I haven’t stuck to the fitness plan that I’ll implement next week, which I’ll address in my July 12 column.