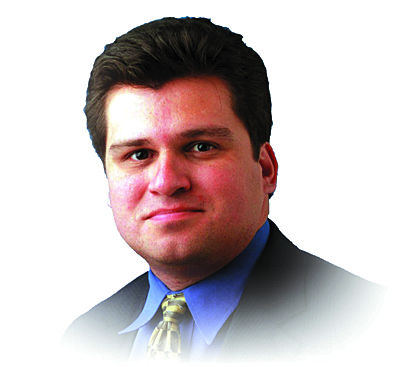 No sooner had I hit “send” on a recent column listing examples of Democrats failing immigrants and refugees than I realized there were other instances that should have been included.

First, let me be clear.

Despite the reader who accused me after the last column of attempting to “deflect, mute and cloud much-needed criticism” of Republicans, I’m nottrying to distract from the Trump administration’scruel stab at immigration enforcement. As an oldschool journalist, I serve one master: the truth. We can’t say the same about a left-leaning media that is — concerning mistreatment of immigrants and refugees — more skilled at calling out conservatives than liberals. Yet the left gives us a lot of material to work with.

Like this: In 1993, Harry Reid of Nevada took to the Senate floor to declare that “no sane country” would do what the United States does and “offer a reward for being an illegal immigrant” by giving citizenship to children of undocumented immigrants.

In 1995, President Clinton used his State of the Union address to sound the alarm about “the large numbers of illegal aliens entering our country.”

According to Clinton, the undocumented take jobs that “might otherwise be held by citizens or legal immigrants” and use public services that “impose burdens on our taxpayers.” Then he bragged that his administration had “moved aggressively to secure our borders more by hiring a record number of new border guards, by deporting twice as many criminal aliens as ever before, by cracking down on illegal hiring, by barring welfare benefits to illegal aliens.” After all, he said, “We are a nation of immigrants. But we are also a nation of laws.”

In 2005, posts on a blog written by Joy Reid — now a liberal MSNBC host — suggested that nativeborn Americans and not “low-paid Mexican workers” ought to rebuild New Orleans after Hurricane Katrina and called the flying of the Mexican flag on U.S. soil “incredibly presumptuous and insulting.” In 2007, while campaigning for the Democratic nomination for president, Joe Biden — then a senator from Delaware — told an Iowa crowd all worked up over illegal immigration that the blame fell to Mexico. “This is a dysfunctional society,” Biden said of our neighbor to the south.

In 2011, Cecilia Munoz — the daughter of Bolivian immigrants and the highest-ranking Latina in the Obama administration as Director of Intergovernmental Affairs — appeared on PBS’ “Frontline” and put a chill into the air. In an episode called “Lost in Detention” — which looked at immigrant families separated by the Obama administration — Munoz dispassionately said: “Even if the law is executed with perfection, there will be parents separated from their children.”

Also, in 2011, when Arizonans organized a recall of Republican state Sen. Russell Pearce — the nativist author of Arizona’s infamous immigration bill who was known to compare Mexican immigrants to livestock— they asked Democratic state Sen. Kyrsten Sinema for her support. She said no, explaining that — since Pearce was Senate president — he was her “boss.”

Today, Sinema is a member of Congress running for U.S. Senate. If she makes it, will the Democrat see Senate Majority Leader Mitch McConnell — a Republican — as her new boss?

In 2012, Democratic California Gov. Jerry Brown vetoed the TRUST Act, a bill from the state legislature that would have severely limited the ability of local and state police officers to cooperate with federal immigration agents. Brown said that he was preserving the “discretion” of local officials who wanted to work with federal immigration authorities. Oddly, Brown is today at war with local jurisdictions that insist on maintaining that same discretion.

In 2014, while signing autographs with her husband along a rope line in Iowa, Hillary Clinton was confronted by Dreamers who demanded to know if she would, as president, correct some of the abuses committed by the Obama administration through its deportation juggernaut.

She beat a hasty retreat, and the encounter landed on YouTube.

Also in 2014, as thousands of unaccompanied minors from Honduras, Guatemala and El Salvador flooded across the U.S.Mexico border, Clinton declared that the refugees “should be sent back” to send “a clear message: Just because your child gets across the border, that doesn’t mean the child gets to stay.” After criticism, she later softened the message.

The evidence keeps piling up. You can support the Democratic Party, or you can support immigrants and refugees. But these days, you can’t support both.

Ruben Navarrette Jr. is a columnist for the Washington Post Writers Group. His email is [email protected] com. His daily podcast, “Navarrette Nation,” is available on apps.