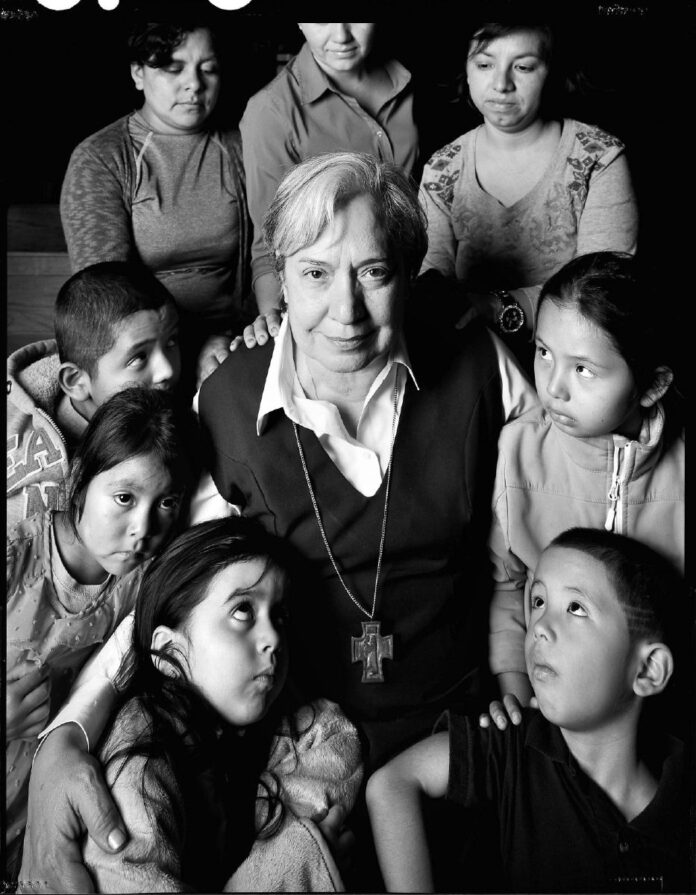 Sister Norma Pimentel, executive director of Catholic Charities of the Rio Grande Valley and longtime advocate for immigrants and refugees, will receive the oldest and most prestigious honor given to American Catholics, according to a news release.

“Jesus said, ‘when I was a stranger, you invited me in.’ Sister Norma Pimentel has given her life to welcoming Christ in the immigrant and refugee,” said Rev. John I. Jenkins, in the news release. “In awarding her the Laetare Medal, Notre Dame celebrates her witness of seeking and generously serving Christ in the most vulnerable.”

Pimentel, a religious sister of the Missionaries of Jesus, has overseen the charitable arm of the Diocese of Brownsville since 2008, providing a range of services that includes emergency food and shelter, housing assistance, clinical counseling and pregnancy care to all four counties in the Rio Grande Valley. She was instrumental in organizing local response to the 2014 surge of Central Americans seeking asylum in the United States. This included helping to establish the Humanitarian Respite Center in McAllen.

In 2015, Pope Francis recognized and thanked Pimentel personally for her work with immigrants in a virtual town hall meeting that was featured on ABC’s “20/20.”

In response to learning she had been named the 2018 Laetare Medalist, Pimentel said: “I am truly honored to receive this award. This year’s Laetare Medal brings forth the cries of the suffering for the world to hear. I would like to thank the University of Notre Dame for this recognition and for being a voice for immigrants in our midst.”

The daughter of Mexican immigrants, Pimentel grew up crossing back and forth from Brownsville to Matamoros, Mexico, to be with family on both sides of the border. It was while her parents were awaiting response from U.S. authorities on their application for residency that Pimentel’s mother gave birth to her in Texas.

The Laetare Medal is so named because its recipient is announced each year in celebration of Laetare Sunday, the fourth Sunday in Lent on the Church calendar. “Laetare,” the Latin word for “rejoice,” is the first word in the entrance antiphon of the Mass that Sunday, which ritually anticipates the celebration of Easter. The medal bears the Latin inscription, “Magna est veritas et praevalebit ” (“Truth is mighty, and it shall prevail”).

Established at Notre Dame in 1883, the Laetare Medal was conceived as an American counterpart of the Golden Rose, a papal honor that antedates the 11th century. The medal has been awarded annually at Notre Dame to a Catholic “whose genius has ennobled the arts and sciences, illustrated the ideals of the Church and enriched the heritage of humanity.”