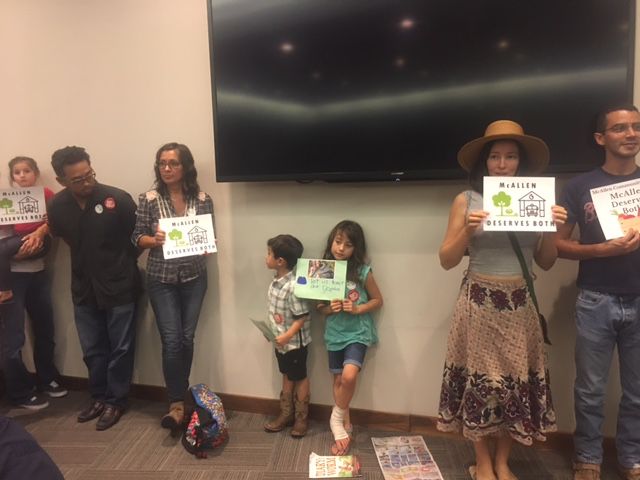 San Antonio recently took a major step to protect its residents’ health by passing a law that prevents merchants from selling tobacco products to anyone under age 21 within city limits, becoming the first Texas city to do so. Other Texas cities should follow San Antonio’s lead and raise the age to buy tobacco from 18 to 21.

Currently, 14 percent of people in Texas smoke and 23 percent used to smoke. According to national data, the average age of smoking initiation is under age 21, regardless of gender, race/ethnicity, or cigarette type. Tobacco is the leading cause of preventable death, contributing to 1,300 U.S. deaths every day. In addition, tobacco use is costly, more than $300 billion each year from medical care and lost productivity.

San Antonio’s new law will make it harder for youth to get access to tobacco products. Because most teens who experiment with tobacco become regular smokers, the law is important for curbing the tobacco epidemic and reducing costs. If other cities in Texas, or the state as a whole, passed a similar measure, it would amplify the new law’s impact. After all, there is not much to prevent San Antonio youths ages 18-20 from purchasing tobacco products from merchants outside the city limits. In short, we need greater geographic coverage.

Prevention of tobacco use among youths is a complex issue and includes pricing, taxation, regulation, advertising, enforcement and access. For example, young people, who are more price-sensitive than their older counterparts, are less likely to buy cigarettes when they are priced higher because of taxation. In addition, tobacco outlets and advertising are limited near schools. And the Food and Drug Administration recently banned many flavored tobacco products that are often appealing to youths.

Despite this multifaceted approach, significant challenges remain to prevent smoking among youths. The powerful tobacco industry with its deep pockets has a well-established history of using coordinated strategies to encourage young people and disadvantaged populations to smoke and use smokeless tobacco. The industry spends more than $24 million every day on advertising and promotion of cigarettes and smokeless tobacco. Moreover, there is still much to be learned about the health effects of e-cigarettes and vaping.

Although the new San Antonio law is moving tobacco control in a positive direction from a public health standpoint, limitations exist. In particular, the law does not penalize young adults (ages 18-20) from purchasing, accessing or using tobacco products. Thus, it may seem like regulation is one-sided. Research has established that tobacco control is best supported when efforts target users as well as suppliers and environmental influences. In addition, critics of the ordinance indicate that more input is needed from merchants to fully understand the economic impacts, particularly among small merchants. For example, price discounts are often paid to retailers to reduce the price of cigarettes to consumers.

On a societal level, there is a long history of tension between those who see government regulation as critical to public health and those who value individual responsibility and choice above all else. Quarantine laws, fluoridation of water systems, vaccination requirements for schooling, and seatbelt, speeding and helmet laws are just a few examples of these regulations.

Though San Antonio’s new law is only one facet of an overall strategy to curb tobacco use among youths, it is a critically important one and moves us one step closer to building policies based on research that support tobacco control. Additionally, it has the potential to decrease the socioeconomic disparity in tobacco use since individuals with lower education and income use tobacco at higher rates than those with higher education and income. This may be critically important for San Antonio, with its large population of Latinos, many of whom are uninsured and of low socioeconomic status.

Catherine Cubbin is a professor in the Steve Hicks School of Social Work at The University of Texas at Austin.

Kentya Ford is an assistant professor in the College of Pharmacy at The University of Texas at Austin.