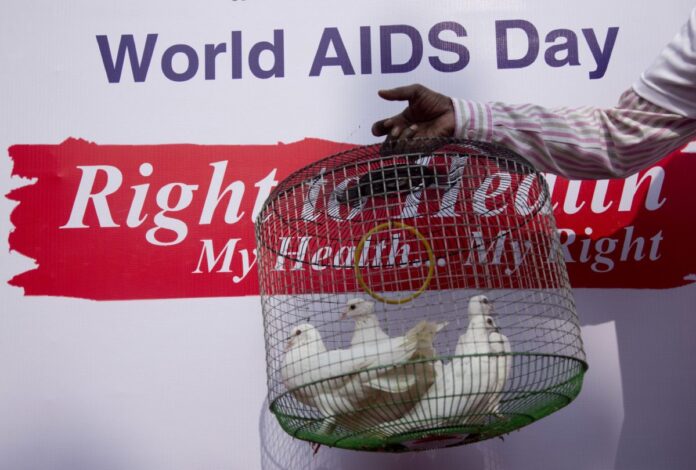 The number of HIV cases in the Rio Grande Valley has grown by about 100 people within the last six years, according to data provided by the Valley AIDS Council.

For a disease that does not discriminate regardless of gender, age and orientation, it’s staggering news that comes amid the 29th anniversary of World AIDS Day, which was observed Friday, Dec. 1.

Since identified in 1983, knowledge of the virus has greatly expanded and researchers have invented various medications that help an HIV-infected individual live a fully functioning life.

In recent years, between 2014 and today, the time span between exposure and testing has dwindled from three years and seven months to three years, according to a recent study published by the Centers for Disease Control.

Oscar Lopez, director of education and media for the Valley AIDS Council, stressed the importance of getting tested.

“If everyone knew their status we could eradicate this disease, because once someone is HIV positive and we get them on medication, usually within 30 to 60 days they will become undetectable,” Lopez said.

By undetectable, Lopez was referring to the virus being untransmittable, per CDC terms.

Latinos specifically are not getting tested as often, and the Valley’s population reflects as much.

Lopez said the number of HIV cases has increased from 150 just six years ago to 250 recently.

Reasons for the spike may boil down to a lack of awareness and cultural taboos.

According to Lopez, the problem may also lie in an unwillingness to talk about sex due to religious reasons.

“The reality is that youth experiment not only with sex, but with drugs, and if we don’t talk about these issues we’re allowing our children to go out there in the real world with no information, which is very dangerous,” said Lopez.

The message has reached some, specifically Donna ISD.

Currently, Donna is the only school district in the Valley that teaches comprehensive, science-based, sexual health education to its students from sixth to 12th grade.

Officials from the district reached out to the Valley AIDS Council last year asked requested a presentation to educate students on HIV and AIDS, its preventative measures and services available.

With one of five new cases of HIV per week in the Valley being under 24 years of age, such education is considered a step in the right direction.

“Latinos and young men are … among the worst to go get tested and find out their status, and it’s not because they don’t want to know,” Lopez said.

Rather, doctors across the region and entire United States are not encouraging testing when a patient shows up ill from the flu or an STI. The council believes the default response should be encouraging a patient to get tested.

“We need to educate our young people of the reality: the good, the bad and the ugly,” Lopez said, adding that he hopes to also educate the public on a few misconceptions. “The biggest misperception, especially here in the Valley, is that people still worry about getting it from sharing cutlery, plates and cups.”

Contrary to popular belief, it cannot be spread through casual touching but exclusively through sexual fluids and blood.

In order to raise awareness of the importance of testing, representatives from the clinic plan to visit college campuses throughout the Valley and setting up stations to provide finger-prick testing.

The Valley AIDS Council has offices in Brownsville, McAllen and Harlingen.

In addition to providing testing for STDs, the clinic is accessible 24/7 and specializes in overdose prevention and as the primary caregiver of people living with AIDS in the RGV, the organization provides the tools, knowledge and words to help an infected individual disclose their status to their partner and family.

For more information on where to get tested, visit valleyaids.com or hiv.gov.