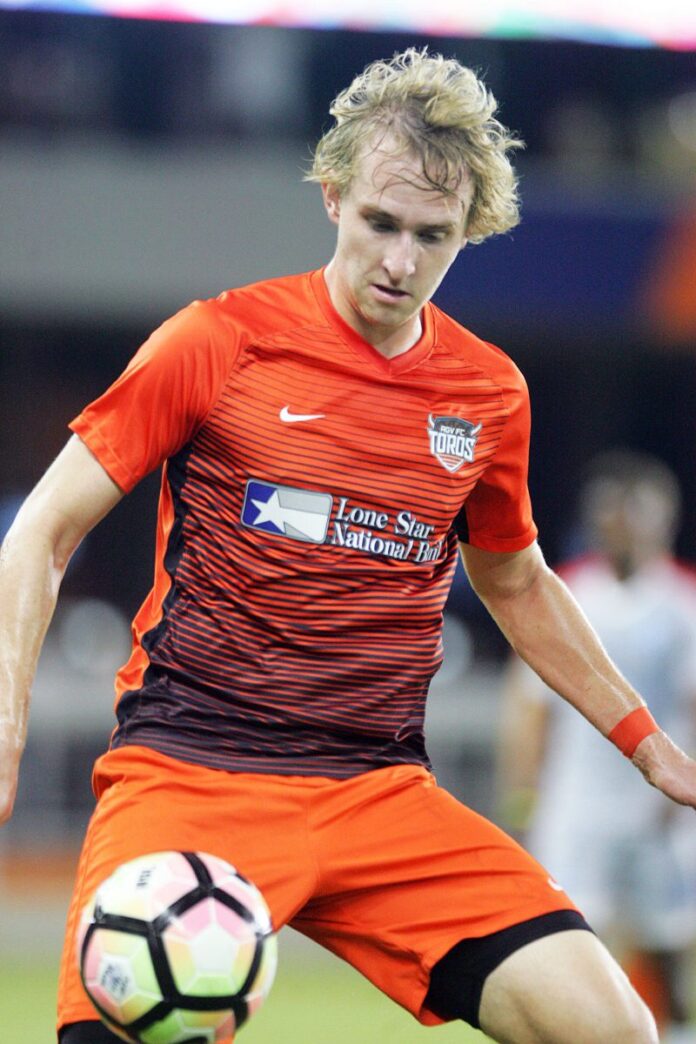 He knows the Toros have a talented roster, but the team’s results have been mixed. Entering their home finale at 7:30 tonight against Swope Park Rangers, the Toros are just 9-13-7 in the franchise’s second season. A year after finishing second in the Western Conference, RGV FC has only an outside shot at clawing its way into the 2017 postseason.

“There’s no question that we haven’t gotten the results sometimes that we deserve, and sometimes we have gotten results that we do deserve — wins and losses,” Casner said. “I don’t really have a word for it. I wouldn’t say it was ‘average,’ or ‘great,’ or ‘bad.’ It’s just kind of a roller coaster.”

RGV FC opened the year giving up just five goals over its first nine games, ranking at times as the stingiest defense in the USL. As a result, the Toros started 4-3-2.

From there, RGV’s back line launched into a long rough patch, yielding 38 goals and posting a 3-10-5 record over the team’s next 18 matches.

And now, with just three matches remaining on the schedule, the Toros are hitting another high point, pitching shutouts in their past two outings to knock off two of the Western Conference’s top four teams: Reno 1868 and San Antonio FC.

“They’re starting to focus on the details that we’re trying to implement in training, so we’re having more of a complete game,” RGV FC coach Junior Gonzalez said. “We just had some mental errors moving into important matches, but for the most part, they still implemented the same tactics we’ve been teaching.”

The Toros set a high standard in their inaugural season last year, posting a 14-7-9 record to finish second in the Western Conference standings. Defense was RGV FC’s calling card, as the team allowed just 24 goals — the second-lowest total in the league — while posting a USL record 750-minute shutout streak.

This year, the Toros rank 21st in the USL with 43 goals conceded.

“I know, obviously, it’s a disappointment for the fans in Rio Grande, because the team was in second place in the West last season,” Gonzalez said. “But with the group of guys that were up in Houston and already signed, it wasn’t really a big overhaul in the roster. It’s important that the next wave of players can get to the first team. And to me, that’ll be a successful season. Developing players that, next year, we can see playing for the Dynamo.”

But other key players from 2016 were lost to the Houston Dynamo. Midfielder Memo Rodriguez — last year’s leader in points for RGV FC — and defender Kevin Garcia played only sparingly this season after signing Dynamo contracts. George Malki, another defender, also signed with Houston and did not play at all this year after suffering a torn ACL. And midfielder Charlie Ward, who played every minute of every match for RGV FC last year, has not appeared for the Toros since signing a Dynamo deal in June.

Perhaps the biggest change came in the coaching box. Gonzalez is in his first year taking over for Wilmer Cabrera, who was named the head coach of the Dynamo following the 2016 Toros season.

Adding a postseason berth to the list of positives for 2017 seems unlikely. With only three matches remaining — all against teams that rank in the top five of the Western Conference — the Toros need to leapfrog at least three squads and make up at least six points in the standings to vault from 11th place to playoff position.

Despite the uphill battle, Gonzalez said he’s never seen his players hang their heads in training. If anything, Casner said, the players are more confident and motivated as a result of back-to-back wins. Forward Ruben Luna admits that the season hasn’t “been as amazing as we wanted it to be,” but added that the Toros are playing sharp entering the home finale.

“It’s all coming to this last week for our fans at our home turf,” Luna said. “To get this ‘W’ and finish this game strong would be huge for us.”