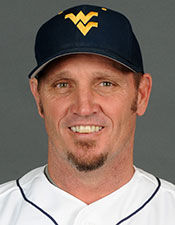 EDINBURG — New UTRGV baseball coach Derek Matlock stepped into his role as pitching coach and recruiting coordinator at West Virginia almost five years to the day before being announced as the Vaqueros’ new head man on Saturday.

Joining a Mountaineers program that had finished 23-32 overall to rank 11th out of 12 teams in the Big East, Matlock knew he had to get to work quickly. During the next two months, he helped sign 15 players, he said, propelling West Virginia to a 33-26 overall record and third-place standing in the Big 12 conference in 2013.

Tasked with leading a similar turnaround at UTRGV, Matlock said he doesn’t have any time to waste.

“Every day we lose, it kills us,” Matlock said. “We’re trying to move our feet fast. Once I get that staff done, we’re on a bunch of guys and trying to figure out the roster, and the ability of our roster, and see what we need to do.”

Matlock was officially introduced at UTRGV on Wednesday afternoon, but the ball is already rolling on his tenure. He said he had just one assistant coaching position left to fill, with an interview scheduled for a couple hours after his meeting with the media on Wednesday.

He’s already spoken to every player on the roster and all of UTRGV’s signees by phone, picked up scouting reports from other coaches and talent evaluators in the area and poured over UTRGV’s stats in the beginning efforts to turn around a team that finished 26-28 overall in 2017 to mark the 15th losing season in the past 16 years.

“This is an important time for us to grab four or five really good players to help flip this team,” Matlock said.

Early on, Matlock said he plans to take a very hands-on role in the recruiting process before backing off to focus on his other responsibilities as a head coach. Still, he emphasized that UTRGV’s roster of returners has some solid pieces to work with.

“We need some arms,” Matlock said. “The arms are going to help flip this thing in a hurry. Great position players already. Just need a little bit more arms, and I feel pretty comfortable with a couple more arms and maybe one more bat, we’ll be in good shape.”

UTRGV athletics director Chris King said Matlock’s strong pitching acumen and recruiting ability, specifically in Texas, were the biggest factors that made his hiring a “grand slam for UTRGV baseball.”

King said talking to Matlock during interviews was like looking into a mirror. Matlock’s process of helping bring Texas State and West Virginia to new heights as an assistant matched the methods King has taken and plans to continue to take at UTRGV.

When Manny Mantrana officially stepped down as UTRGV’s baseball coach on May 24, King set a mid-July timeline for a new hire. Instead, Matlock’s selection was announced just 17 days after the position opened.

“I was pumped up. I really didn’t want him to leave,” King said. “I was kind of hoping, if we had a private jet we could’ve gone up and got Michel (Matlock’s wife) and brought her back. I was afraid if he went back, he might change his mind.”

Matlock is set to make a base salary of $150,000 per year over four years, King said. That figure marks a significant jump from when Mantrana signed a two-year extension with a base of $100,000 per year in July 2015.

Regardless, Matlock said he’s never been in coaching for the money. When he took a volunteer assistant coaching position at TCU in 2005, he said he would run camps and offer lessons until 10 p.m. nightly to make ends meet for his wife and three kids. Moving into the recruiting coordinator/pitching coach position at Texas State in 2007 for $32,500 per year, he said, wasn’t easy, either.

“When you’re in it for the kids, and I’m a players-first coach, you can coach little league and feel like a million bucks,” Matlock said. “You go home and go to bed and know you made a difference in kids’ lives. That’s what I’m in it for.”

Whatever his primary focus, Matlock is going to be expected to win. UTRGV finished 7-17 in the WAC last year, missing the WAC Tournament for the third consecutive season.

“I would say that next year, we should be without a doubt in the actual tournament,” King said. “And I wouldn’t doubt if we’re not winning that in the next couple years.”