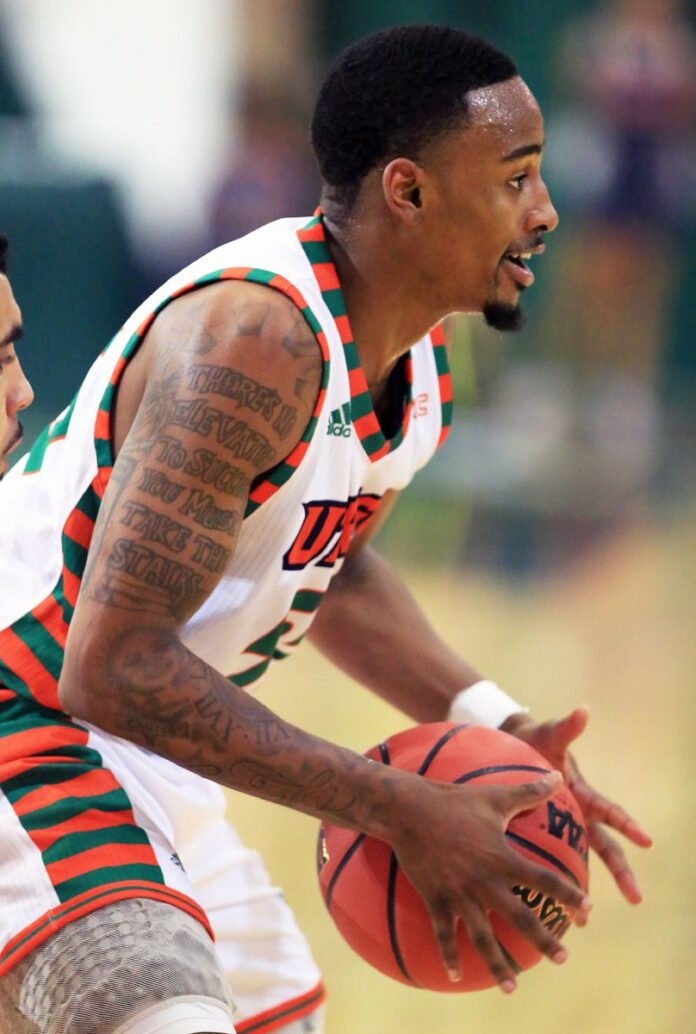 Antonio Green said a desire to be closer to his family is the “main and only reason” he decided to transfer out of the UTRGV men’s basketball program.

“If UTRGV was a couple hours away from my house, then I wouldn’t leave,” Green said. “But that’s not the case. So I just felt like it was really just trying to get closer to my family.”

Playing for UTRGV the past two seasons kept Green, a native of Tupelo, Mississippi, away from his 3-year-old daughter, Azyla Marie. Green also has a close relationship with his mother, Tiffany McClain, who raised Green in a single-parent home.

Last February, during Green’s freshman season, the family endured the passing of Green’s 20-year-old brother, Terrence Thompson, who was shot and killed in Memphis.

“It’s been tough,” Green said of being away from his family much of the past two years. “But my way of dealing with it was just not trying to think about it. That can catch up to you. Just trying to put things off, put emotions and stuff like that off. I think I handled it very well. It was something very tough. I know my mom and daughter need me around, just like I need them around. So I just felt like it was the best thing.”

Green said he previously had fleeting thoughts of transferring but only began to consider it more seriously when he returned home after the spring semester. He said he had a brief conversation about his decision with UTRGV coach Lew Hill before being granted his release.

Green said “a lot of schools” have already shown interest, adding that he plans to take his time evaluating his options. He said he is committed to staying at the Division I level.

“I’ll never forget the one school that gave me a chance out of high school to play Division I basketball,” Green said. “I’ll never forget (assistant) coach Willie (Watson) and coach Hip (head coach Dan Hipsher) from my first year, and I’ll never forget coach Hill and his coaching staff from this year. They let me play the way I wanted to play. I don’t want anyone to think that I left because of the coaching staff or anything like that. It wasn’t anything like that. I love the coaching staff. Like I said, if the school was closer, it would be great. But this was about doing what was best for me and my family and being there for my mom and daughter. I’ll always love the Valley. I had a lot of good times down there. A lot of special moments on the basketball court. That’s something that will always stick with me.”

Hill said he noticed that Green sometimes grew homesick during the year, but he never had any indication that Green might decide to transfer.

“When you lose your second-leading scorer and No. 1 3-point shooter this late in the game, it catches you off guard,” Hill said.

Hill sensed that Green was very close to his mother and daughter, and he could tell that Thompson’s passing had a substantial impact on Green.

“I think that weighed a lot on him,” Hill said. “I understand that. I wish he just would’ve told us earlier. But we get it.”

UTRGV leading scorer Nick Dixon is set to return for his senior season in the backcourt after averaging 18.8 points per game in 2016-17. Starting point guard Lew Stallworth (8.6 points per game) is also coming back, with freshmen Greg Bowie and Javon Levi set to join the guard rotation.