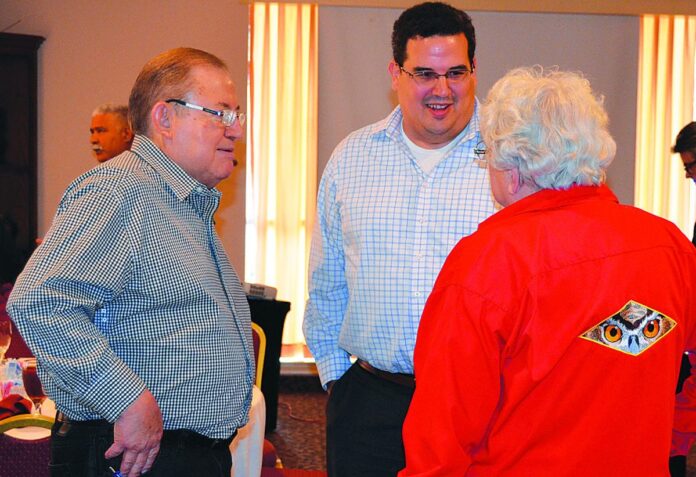 Once again, Hidalgo County Commissioners earlier this week had the opportunity to finally implement a uniform “Step and Grade” pay plan for all county employees. And once again the issue was not brought to a vote.

But this time, when County Operations Administrator Raul Silguero told the court that he was not presenting the item (which had been listed on the agenda) there was an audible groan from some in the audience.

Virginia Townsend, founder of the ever-present OWLS, (Objective Watchers of the Legal Society) called out: “You aren’t going to take this up?”

To which Hidalgo County Judge Ramon Garcia said, “It doesn’t mean we won’t ever.”

That brought a flustered response from Silguero who said they “can’t just implement this in a day.” He went on to explain it takes time to study.

To which Townsend retorted: “You know you’ve studied this issue for seven years.”

At some point a “plan” fails to become one when it is never put into action. And that, unfortunately, seems to be the case here.

It’s been clear to us from years of watching salary upgrade requests brought to commissioners, and bickering among department heads over equal pay among employees that a uniform pay structure is needed in Hidalgo County.

Silguero, himself, in September told commissioners such a system “would give parity to all employees,” based on responsibilities, seniority and job skills. And at the time he promised to bring a proposal to them by January.

That timeline passed four months ago. And so we expected this item was ripe for action when commissioners met on Tuesday. But alas, we’re told that some department heads vehemently oppose such a plan. Apparently they want to be able to dole out raises and salaries at their leisure, within their budgets and without having to stick to a mandated pay grid.

We disagree and remind them they are all county employees, paid with taxpayer funds. They also should note that a similar system — the General Schedule (GS pay scale) — is used by three-quarters of all federal civilian employees and it seems to work just fine.

County commissioners should push forward on this issue — despite any pushback they are getting. And they should do so before the annual fiscal budget workshops begin this summer, and before they vote at the end of September on a new fiscal county budget. That deadline is quickly approaching and if a uniform pay system is not in place, then it is likely that once again pay requests will be rampant and unregulated, and basically unfair to all.