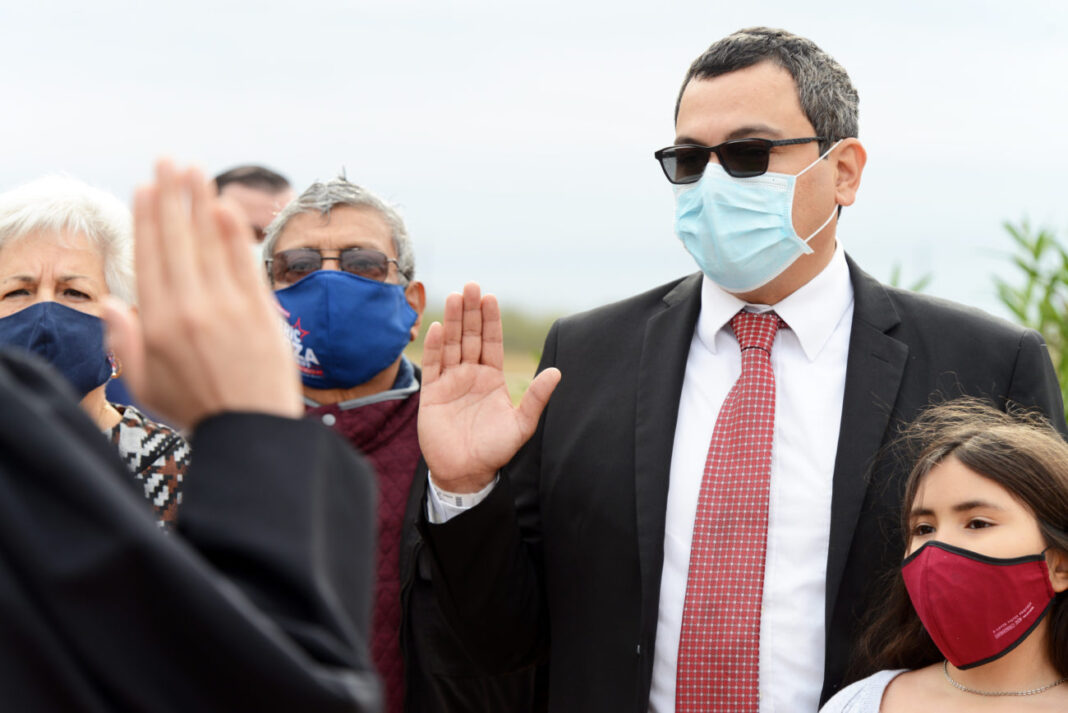 Garza said although he is aware that a lawsuit has been filed against him, he cannot comment on pending litigation.

Almanza states, in the lawsuit, that he was a public and vocal supporter of Lucio and that on his time off he participated in Lucio’s campaign by block walking, assisting in political events and showing positive support for Lucio on social media.

In the lawsuit, Almanza claims Garza and Gracia retaliated against him for supporting Lucio by taking the following actions:

>>Transferring him to the Transport Division from the prestigious Criminal Investigations Division, where he handled major crimes and also served as a liaison to the CCSO’s counterpart in the Republic of Mexico

>>stripping him of all subordinates and supervisory duties

>>having him report to a person not certified as a peace officer, and

>>requiring him to perform menial and pointless tasks like distributing inmate meal carts and physically manning a perfectly operational gate.

On Jan. 4, 2021, Almanza was reassigned to the Jail Division’s Transport Division where he worked the graveyard shift and was to report to a jailer, who would supervise him, according to the lawsuit.

The lawsuit states the actions by Garza and Gracia have caused Almanza:

>>Loss of wages and benefits,

>>Loss of a preferred shift schedule and other desired working conditions

>>The attendant infliction of mental and physical pain, suffering, anguish, humiliation, and distress in connection with being reassigned to the Transport Division.

Almanza claims that Garza and Gracia violated his right to freedom of expression, guaranteed by the First Amendment to the United States Constitution.

Almanza seeks compensation and punitive damages, attorneys fees, declaratory relief, and “injunctive relief that requires Sheriff Garza and Chief Deputy Gracia to assign Sgt. Almanza to a position that exercises supervisory authority, with all of the customary benefits and privileges customarily granted to supervisors of the CCSO, and prohibiting them from subsequently reassigning him from there based on his protected activity of supporting Omar Lucio’s political campaign.”

The lawsuit was filed Tuesday in federal court. A pretrial conference has been scheduled for at 1:30 p.m. June 29, before U.S. District Judge Fernando Rodriguez Jr.