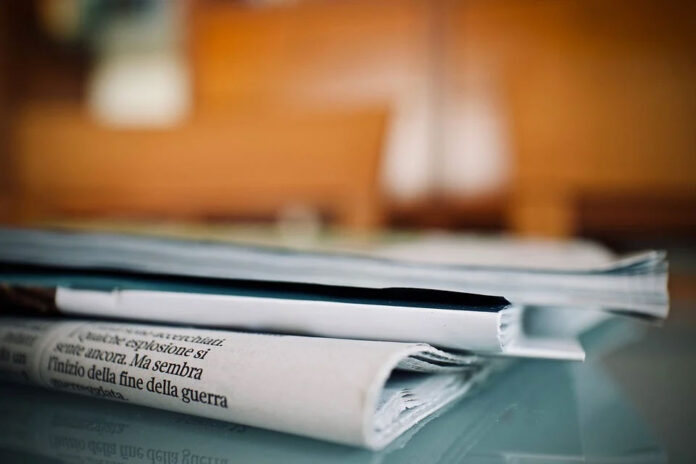 Democrats, please take heed from an old Elvis song from the past titled, “It’s now or never.” The Democrats must act ASAP to pass the COVID-19 relief bill before Congress. They must act swiftly and pass this muchneeded help with or without the Republicans in Congress and if they fail to do it, we will see in 2024 the birth of an autocracy in our country.

The failed coup attempt that we witnessed on Jan. 6 was just a rehearsal, and if things do not measurably improve for folks by 2024, we will witness a successful one. We will lose our democracy.

Use reconciliation if you must, but just do it! Pass the much-needed help to the American people and prove once again that government is and can be a doer of good, as it was at the onset of the last great Republican great depression of the ’30s.

You see, we have seen this movie in our country before. It is simply a rerun of what happened in 1932 when FDR came into office. Our country back then was in a very precarious state as we now are, where hunger and homelessness ran rampant.

FDR recognized what he had to do; he knew that government had to act, and act in a big way like never before. FDR realized that government was not the problem but the only solution to the economic mystery that faced his administration at the time. FDR succeeded in pulling this country together, and for this he was elected to an unprecedented four term in office.

The people loved FDR. He initiated and started his New Deal program, a jobs program designed to help those in desperate need. He showed us that government could be a force for good, that government could fulfill the vision of our Preamble that America was created to “ensure domestic tranquility” and “promote the general Welfare.”

It wasn’t always easy for FDR. He got a tremendous pushback from the Republicans and the wealthy of his day, who believed that the private side and the private side alone would somehow find the solutions. But FDR knew better, and he did not listen to them. He did not hesitate to act.

He called these rich and privileged folks “economic royalists,” and he ignored their calls. He initiated his New Deal without their help.

Republicans believed then, as they do now, that we should just let the “philanthropic” billionaires and big corporations run everything, and that government should not play a role for good in our lives. Reagan and Reaganomics resurrected this thinking again when he was elected in 1980, this idea that government was the problem, not the solution to society’s ills. Well, they were wrong in 1932 and again in 1980 and are still wrong today.

Today we find ourselves at the precipice of another Republican Great Depression. It is that dire and it is that bad. Today one in six families with children lacked sufficient food in the past seven days. A recent survey showed that 46% of American children who live in renter households are behind on their rent or lack sufficient food or both, and many millions are unemployed.

No not count on Republicans; they are no longer a legitimate political party. Today’s GOP has become a cult of race-baiting and wealth-based, conspiracy theorists that pathetically hangs on to slogans like “small government” and “fiscal responsibility” that they completely ignore when they are in power.

Pass this bill now and pass it quickly. Don’t wait on wishful thinking of bipartisanship; you cannot have it with this new version of the Republican Party. Just do it and do it quickly!

The new rage in the K-12 public schools is now early college classes, or concurrent classes taught by high school teachers while the students are in high school. As an educator with 29 years of experience here in the valley with two of the larger school districts, I have come to the conclusion that this is definitely the wrong direction for the students and parents to take.

There are several things that students and their parents are not told about when they are offered this “free college” as well as some aspects of a four-year college education that students need to experience. Most of these programs do not let a student exit it before graduation. So if a student decides to change their mind about their future they are not allowed to pursue it. A decision as an eighth grader determines their path through high school.

Many people don’t realize that there is an unwritten rule about how many students can fail a given class in high school. Roughly 30% of students are allowed to fail a class in most of the districts here in the Valley. This means that a typical student can look around and determine those who have less ability or less work ethic and simply do more than them to pass a class. So is an early college class really taught at the collegiate level? Secondly, there is extreme pressure to not fail out students who are in an early college program lest it shrink to such a point that it can no longer continue to function. It also makes the district look bad.

When a student enters a college class they are up against the best and the brightest that the area has to offer in terms of competition and grades. In an early college class they are up against only the best in the district, which sometimes is not very strong. There is also a lot of grade inflation in high school, giving students a false sense of security that they are accomplishing collegiate work at a highly successful level when in actuality they are not.

The ability to transfer credits is also highly suspect. Many students who go through these programs decide to leave the Valley to further their education. Unfortunately for many of them, their “college” credits do not transfer. This is especially true if the student goes out of state. If the credits do happen to transfer their grades do not. They will have credit for a given class but their GPA will still be 0.00.

Freshmen courses are also the easiest ones in college, just like they are in high school. Freshmen year is the time for students to “pad” their GPA for the harder courses that are yet to come. An 18-year-old going into a junior-level college course and competing with actual juniors who have been in actual college courses does not bode well.

Many scholarships are for “true” incoming freshmen. A student who is transferring in credits is not a freshmen and therefore not able to apply for these college scholarships. And once again they will be competing with actual college students after that for those scholarships when they have not experienced real college for very long.

This is the flip side of the coin about early college/ concurrent classes that counselors and principals never tell the student or the parent because this is a program that makes the district look good or at least is keeping up with other districts.

I personally don’t feel a high school teacher should be granting college credits. If a student wants a real challenge then they should consider advanced placement courses or International Baccalaureate, as these are tested on an international level and virtually all colleges and universities accept these credits.