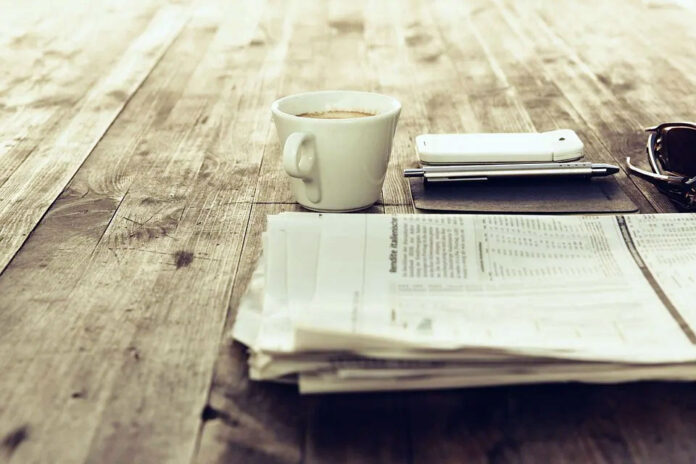 America is now at the point Rome was when that democracy fell — disorder and disarray.

In Rome, some retired presidents (consuls), together with religious personnel, were elected to civic positions as “augurs,” to provide a conscience for the nation.

Augurs were well versed in ethics, science, theology and law. They taught the people about the unchanging purpose and operation of the constitutional law.

A retired consul named Cicero, now an augur, stood up to teach the law and remind Romans of their traditional citizen responsibilities. But he was too late. Caesar relieved the people of their legislative duties.

Where are men, or women, like Cicero today? We have perhaps one, Mitt Romney.

Could Barack Obama be another? But are these two enough for the task?

And another thing” Are they too late and too short of the mark?

Dora Ruiz’s “My Turn” piece of Nov. 9 called for readers to submit their recollections about Brownsville’s way of life back in the 1950s and 1960s. My thoughts took me to a time in my life when my brothers and I sorta considered Brownsville our adopted second hometown.

My contribution, which is sports related, might not be exactly what Dora had in mind, but I decided maybe I should go ahead and put in my two cents’ worth about that era.

Our brothers and I were born and raised playing baseball in Barranca Alta, a farming community in Los Fresnos. Our first connection to “el pueblo,” as we referred to Brownsville then, was when we would go to Brownsville almost every week to buy groceries at a small family-owned grocery store belonging to my parents’ compadres, Mr. and Mrs. Salomon Gonzalez.

All of us kids would ride in the back of our 1954 Chevy truck for our trip to Brownsville for grocery shopping and to see a movie.

My father would always park the truck at Washington Park.

Upon arriving, my brothers and I (our two sisters were too young) walked the five-six blocks toward downtown and proceeded to check all the movie theaters (Grande, Mexico, Queen, Capital, Iris) hoping a good western cowboy movie would be showing. (The Majestic Theater was out of reach for us money-wise.) As we got older, our trips to Brownsville became more frequent when my brother Tony, a 1956 senior at Los Fresnos High School, was recruited to play with a Brownsville semi-pro baseball team. My brother Roy and I were pulled into the Brownsville scene even more.

Tony was a rookie when he played with the Regals (sponsored by the Regals Barber Shop) and the Brownsville Charros. Frank Maldonado, who was a notable baseball player himself, was their coach.

Tony got to play with Brownsville’s greatest athletes at that time such as Ruben Torres, Dickie Dorris, Wayne Houghtaling, Calixtro Suarez, George and Gus Krause (the chief of police), Rey Contreras, Abelardo Bazan, Henry Tamayo, Chuck Knowles and many others.

Rene Torres (brother of Ruben Torres), a young boy at the time, was the bat boy.

Rene became a very good player himself and went on to play college ball at Pan American College in Edinburg, and he is now Brownsville’s sports historian. Tony also played with Tienda Amigo of the Matamoros League coached by Pancho (Frank) Avelar after the Brownsville Charros team was disbanded.

The Garcias’ natural liking for Brownsville grew even more when in the late 1950a, Tony began working at Weldon’s Jewelers. I joined him at Weldon’s shortly after.

Having a job in Brownsville away from the cotton fields made it possible for us to meet many acquaintances who widened the circle of people who shared similar interests in sports, baseball and basketball.

However, the big breakthrough in expanding our contacts in the Brownsville sports community came when Dr. Eliseo Ruiz (Dora Ruiz’s husband) and Roy were both offered basketball scholarships at Texas Southmost College. We were fortunate to establish personal connections and intermingle with Brownsville’s best athletes, forming lasting friendships.

It was at that time that we were introduced to some of the best baseball and basketball players from Brownsville. They were Lupe Canul, Felipe Leal, Hank Martinez, Marcelo Gutierrez, Joe and Albert Ayala, Bean Ayala and Jack Loff.

One day, Roy and I went to Brownsville to shoot some hoops at Cummings Junior High. As we played a group of boys came over to us and asked if we wanted to play with them. One particular tall boy really stood out (he could really play!). We found out that he was none other than Tony de la Pena, one of the best athletes coming out of Brownsville High School.

That was the only high school in Brownsville at the time.

I have to say that not all of our goings-on during those days in Brownsville were sports related. We also enjoyed social opportunities at the Brownsville Youth Center where dances and parties were always held.

Myself, Jesus Vicinaiz, Pee Wee Sanchez, Robert Rivas, Henry Saldana and Ramon Ortiz from Los Fresnos managed to get inside the event.

Fisher’s Cafe on Elizabeth Street was our designated stop for late Saturday night gatherings with our newfound Brownsville friends enjoying wonderful camaraderie by all. Many strong bonds of friendships have lasted all these years all because of the love of competitive sports.

Fisher’s was our last stop for coffee and a bite to eat before calling it a night and heading home to Los Fresnos.

I will always remember Pipe, who would be outside Fisher’s Cafe selling the Sunday edition of The Brownsville Herald. Pipe was a mature young boy with a speech impediment who attempted to make a living shining shoes and selling newspapers. He was well liked and always came around kidding and joking with us.

Some of the guys helped him out by getting their shoes shined.

I sometimes wonder whatever happened to Pipe when all of us eventually went our separate ways.

The city of Brownsville made a positive impact in my life. It was a time when the Garcia brothers and I came of age becoming responsible young adults. Wishing everybody a Happy New Year!

Use state fund for more vaccine

As may Texans struggle to pay rent, feed themselves, look for jobs and protect their health amid an international pandemic, countless cities are trying to get the COVID-19 vaccine for their residents.

Why, oh why, haven’t the state legislature and governor tapped into the “Rainy Day Fund”? Just what is it for, if not a time like this?

Nine reported dead from COVID-19 this week in Valley