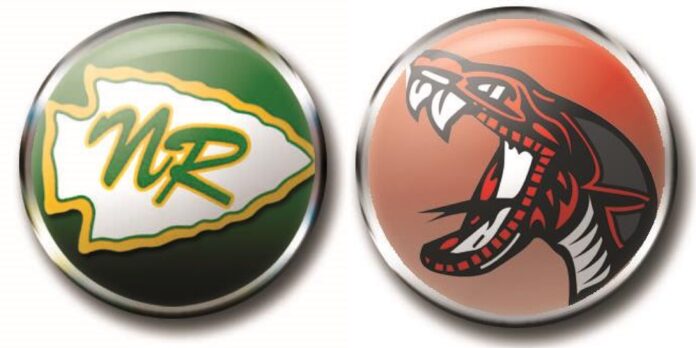 McALLEN — Sharyland Pioneer entered Saturday afternoon’s grudge match against McAllen Rowe with just one loss on its district record — a sweep by the Warriors on Sept. 21.

There was no revenge, however, as the Warriors doubled down and swept the District 31-5A-leading Diamondbacks once again — this time 25-21, 25-22, 25-23 at McAllen Rowe High School.

Rowe fought their way back from an early 10-3 deficit to take the first set 25-21, then came on strong late to steal set two.

Trailing 22-19, the Warriors ripped off six straight points, including three kills from senior Jill Pantillano and an ace from senior Krystal De La Rosa, to win the second set 25-22.

“They’re fighters. The phrase we use is, ‘Whatever it takes,’” Canales said. “Whether it’s a kick, a shoulder, whatever it takes. They just thrive under the fact that the ball is coming to them and they want to make a play. Bottom line, they all brought their game today and it was great to see the team unity.”

“It’s not just one or two people, it was our whole entire team, and I liked the way we worked together. It was really about having that energy, pulling together,” Pantillano said.

The Diamondbacks have lost just 10 sets in 11 district matches, six at the hands of McAllen Rowe.

Pioneer was led by 31 assists from Natalie Reyes, nine kills from Lorelai Hill and 26 digs from Lizzy Fina.

Meanwhile, Rowe will face PSJA Memorial at 7 p.m. Tuesday at PSJA Memorial High School in Alamo. The Warriors swept the Wolverines in their first matchup Sept. 25.