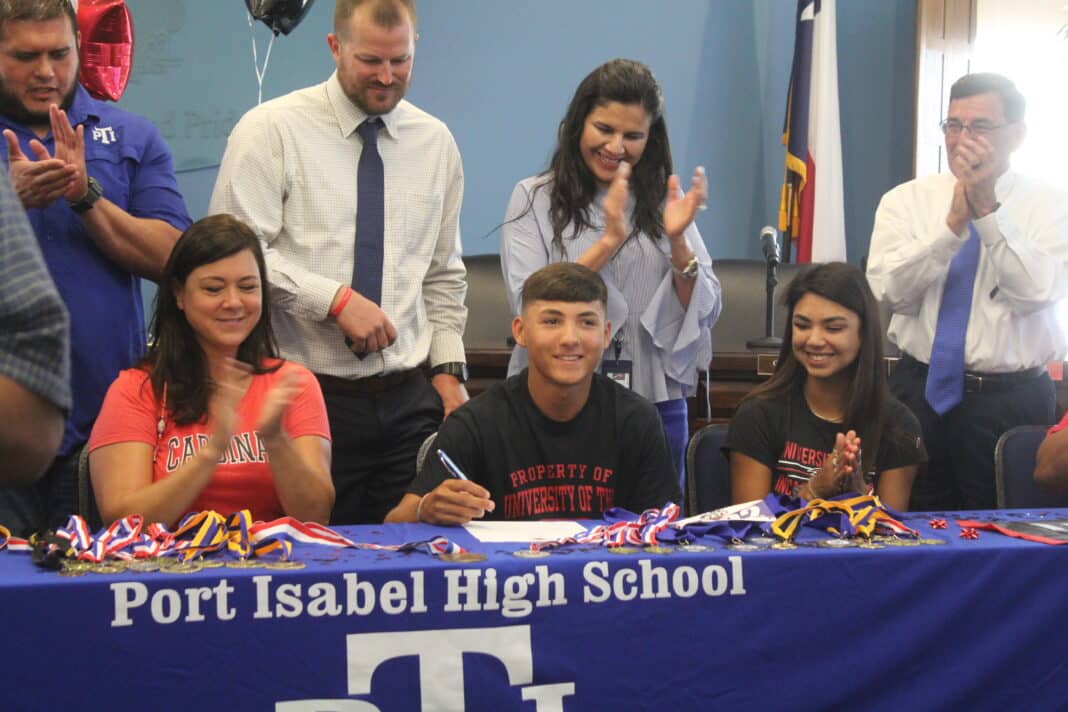 Throughout his four years with the Tarpons, Camacho shined in track, basketball and football.

As a senior, he played a major role on Port Isabel’s basketball team that reached the Sweet 16.

His track & field season was even more impressive. 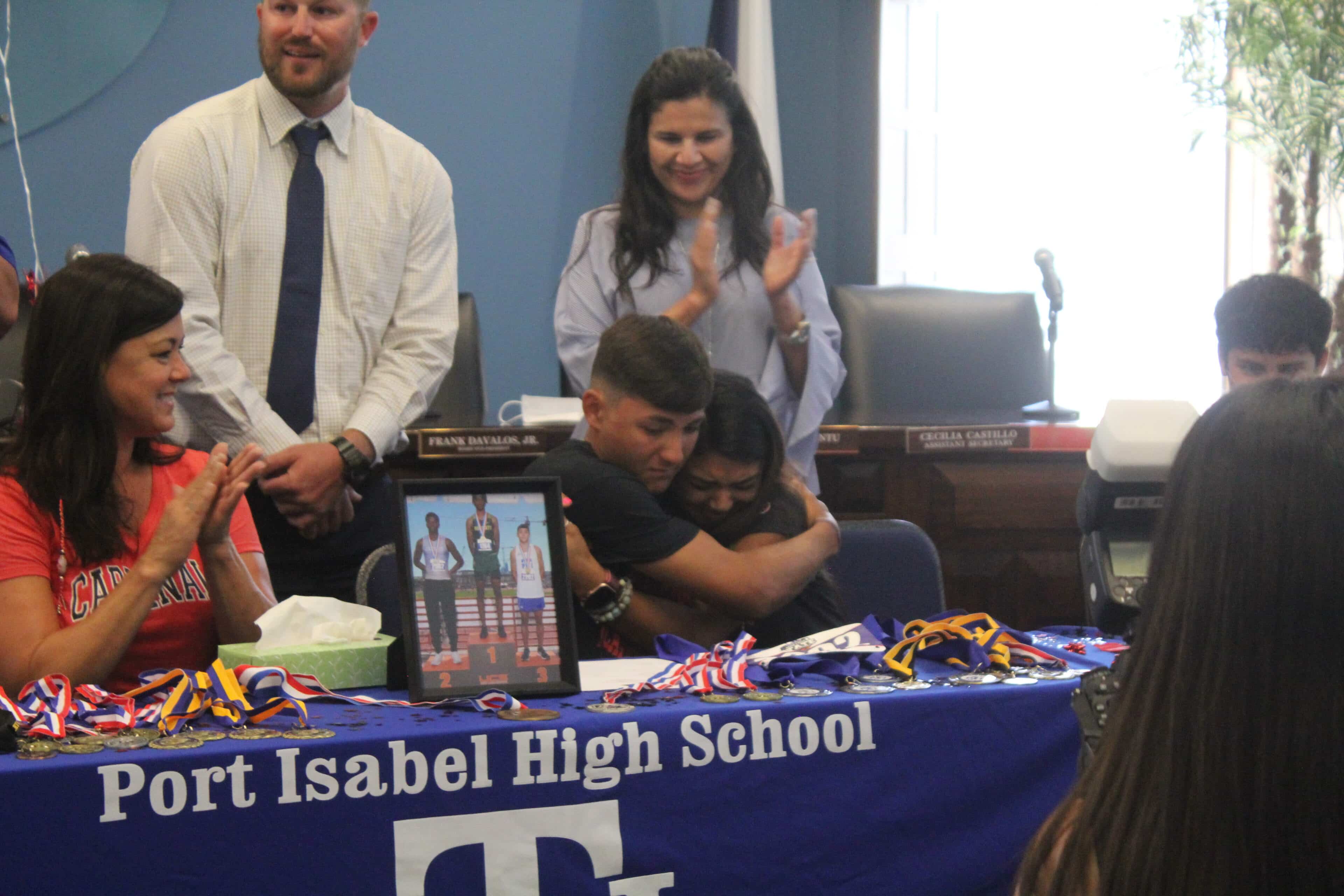 Camacho won District 32-4A championships in the triple jump, long jump, 100- and 200-meter dashes. He won area titles in both jumps and the 100. He qualified for the 4A state meet with a second-place finish in the triple jump at the regional meet. Then, Camacho capped his career with a 44-foot, 8.25-inch triple jump to clinch the bronze medal at state.

His strong spring resulted in an influx of college opportunities. On July 14, Camacho signed his National Letter of Intent to compete for the University of the Incarnate Word in the Southland Conference at the NCAA Division I level.

“It just means so much to me. Ever since I was a kid I always had the dream to play at the college level, and all the work I’ve put in, to finally get the chance to do it, I’m just so excited,” Camacho said.

“State’s a big deal, so after, especially getting third in the state, it just brought more attention. Coaches were more interested and I got more emails,” he added. “(I chose UIW because) the campus itself is really nice. It was the best option, and I get to continue to do what I love, track, and also get a good education.” 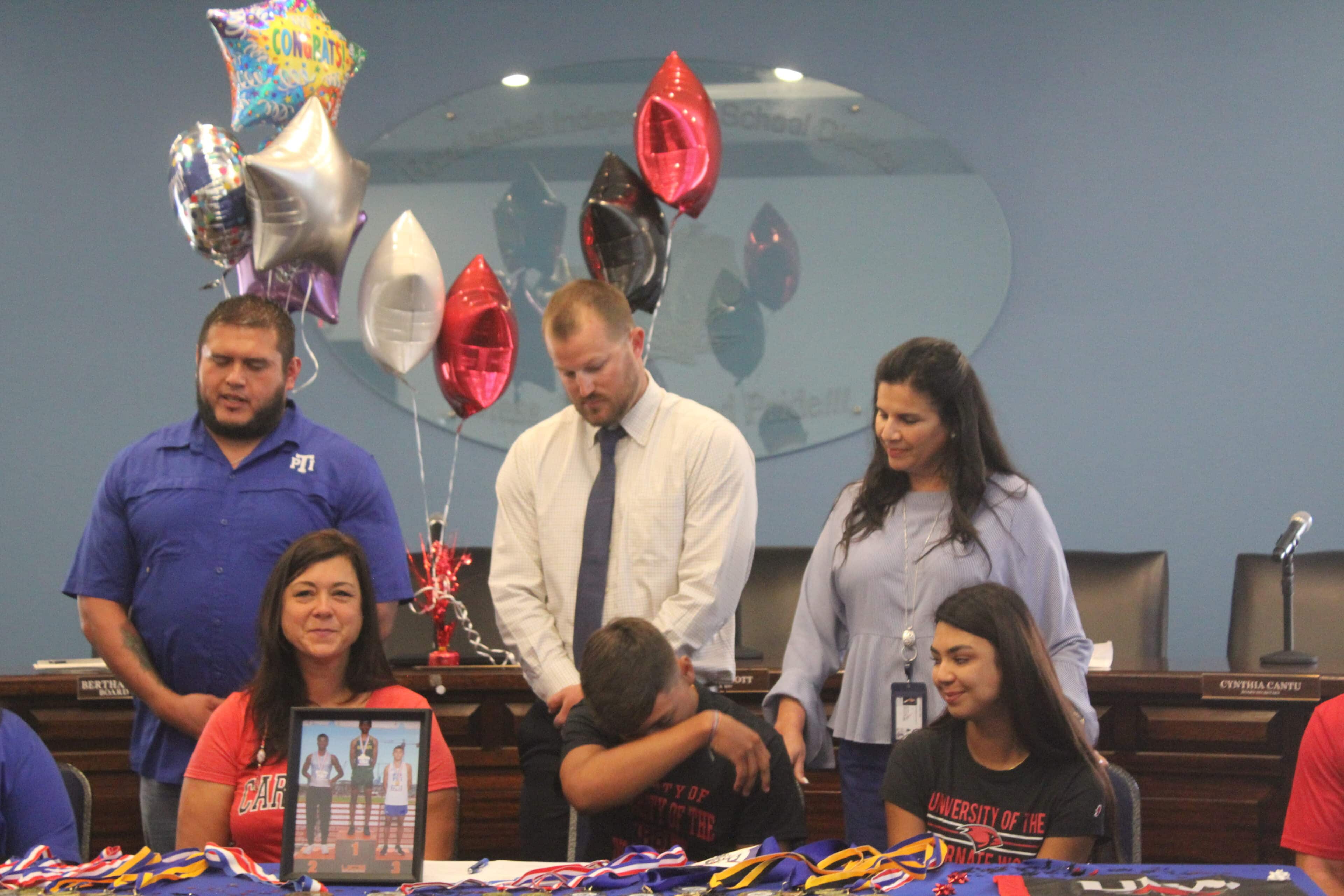 Port Isabel athletic director Tony Villarreal opened the ceremony by reflecting on Camacho’s state performance. He praised Camacho and the Tarpons coaches, track coach John Mark Calvillo and assistant jumping coach Kyle DeMoss, for their teamwork displayed as they made adjustments to put the senior on the medal stand.

“Will was in seventh place, he was three feet behind everybody. The last jump, he jumped three-and-a-half feet (farther), went from seventh to a medalist against top-notch competition,” Villarreal said. “It was just a phenomenal, Herculean effort. I’ve been coaching over 30 years, and I’ve never seen anything like that.”

DeMoss trained Camacho in jumps for three years. He got Camacho jumping because he was “real springy” and athletic, but DeMoss credited Camacho’s hard work and competitiveness for taking the future Cardinals athlete far.

“I said, ‘We’re gonna make this happen. We’re going to train hard every day,’” DeMoss continued. “He made both of those things come true, and it started every day in practice. I picked him up on Saturdays, we’d go to the stadium and work out. To see the body of work he put in to accomplish his goals is awesome.” 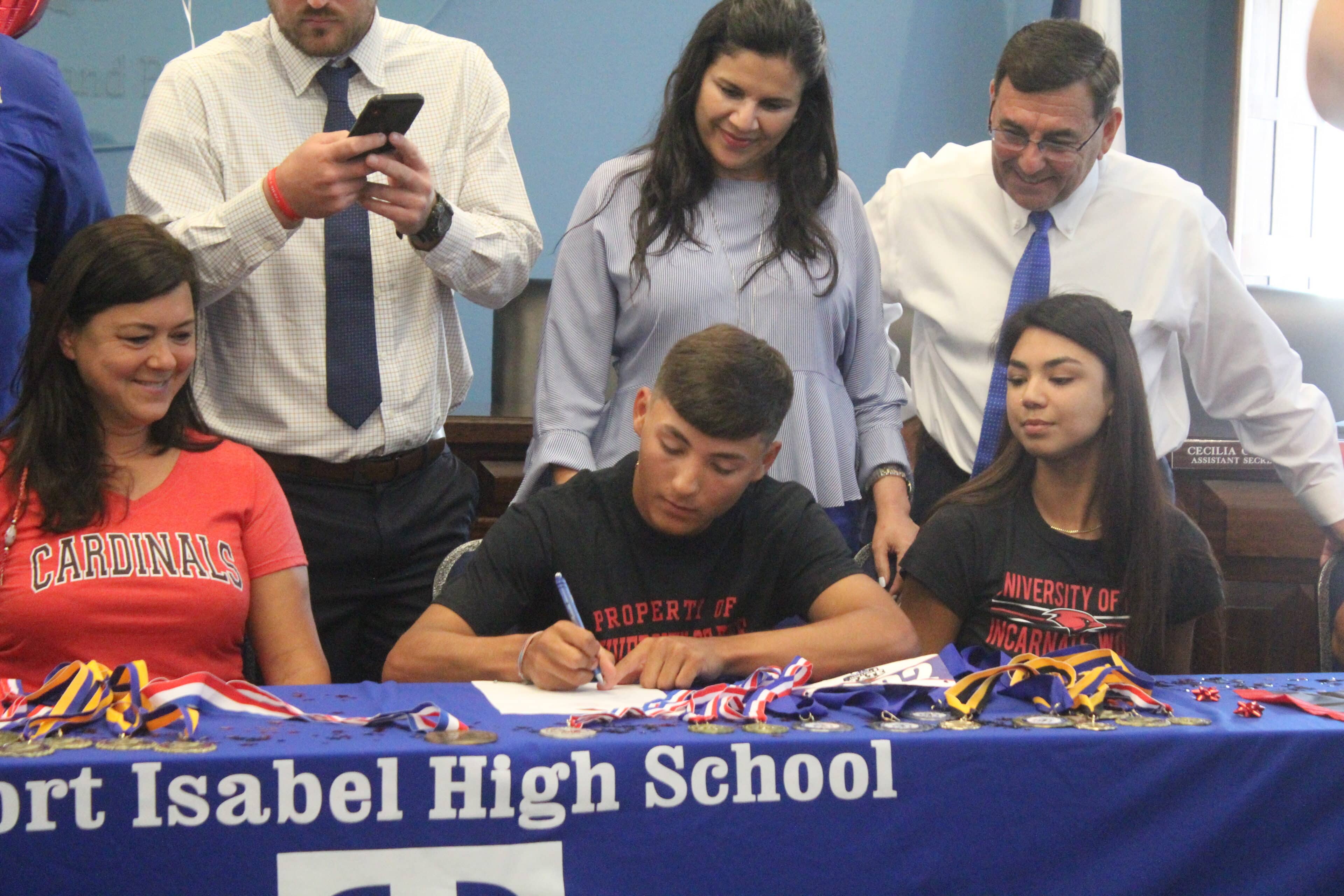 Camacho initially wanted to play college basketball, and he had that chance. But as his track season progressed and he set new personal bests every meet, he started to realize track was the better move. He’s excited to use his athleticism at UIW to compete in as many events as possible.

Calvillo said Camacho is a special athlete, but even more, he was a leader for the Tarpons and his signing is opening doors for his teammates. 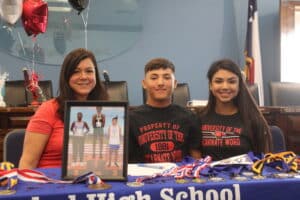 “Everybody talks about how great of an athlete he is, but he’s also a great leader, a great kid, a great role model,” Calvillo said. “He was the only senior on our track team out of nine boys, and he paved the way for the younger kids. They all look up to him, and we’re just so proud of him and happy for him.”

Camacho said his time at Port Isabel taught him to “trust the process and work hard every day.” He hopes his career and the opportunity that lies ahead shows other athletes that they, too, can achieve big things.

“It means a lot for the younger kids that have been working hard and that look up to me. It gives them more motivation that they can do it if they work hard,” Camacho said. “I would like to thank the whole Valley for supporting me and my coaches, the school board, my friends, my mom and sister mainly, for being there throughout it all.”