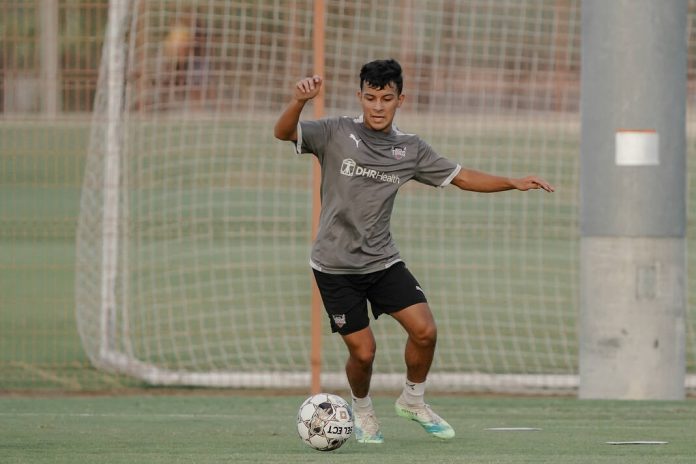 Just 18 days after announcing their youngest USL academy signing in club history with Jose Luna (16), the RGV FC Toros made history once again, announcing the addition of 15-year-old Dylan Hernandez to its 2022 USL Championship roster.

Hernandez, a Pharr native, joins the club as a USL Academy signee, making him available for selection by the Toros during the 2022 USL Championship season while retaining his NCAA eligibility.

“Dylan is one of the youngest and very talented players, with a great mentality, at this moment,” Toros head coach Wilmer Cabrera said. “He is in a prime development stage, and we are excited about his decision to be with the team and continue his soccer career, which we hope will be long and successful.”

Hernandez, who is described as a “shifty and potent forward,” spent the past two years honing his skills within the RGV FC Academy ranks. He was also previously selected to the United States national team’s under-15 player pool.

He joins Luna, Duilio Herrera, Alexis Gonzalez and Gael Gonzalez as USL Academy signees for the Toros, each coming from the RGV FC Academy ranks and hailing from the Rio Grande Valley.

Hernandez’s addition to the roster brings the Toros’ current squad size to 29. He is the fifth USL Academy signing by the Toros this year, marking the most in a single season by the club.