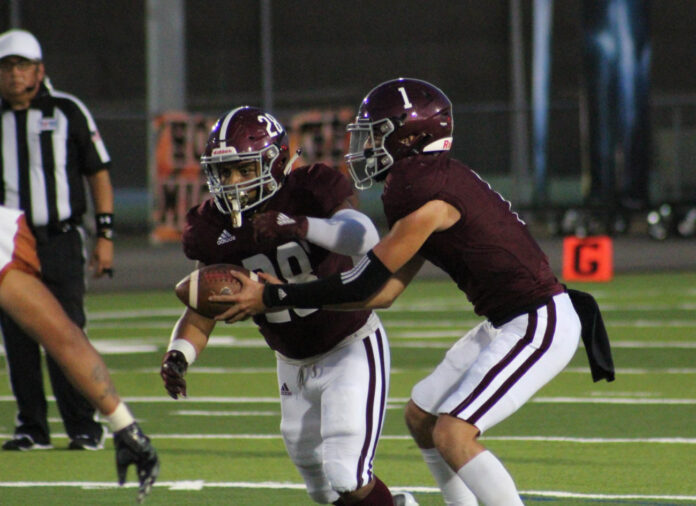 Lions football coach and athletic director Oscar Salinas said the other four schools in District 16-4A Division I — Hidalgo, Grulla, Kingsville King and Zapata — also were given clearance to start Monday. The district football season will begin Oct. 9, and each team will have one open week. Salinas said all five coaches want to schedule non-district contests on their open date, which is Nov. 6 for the Lions.

“We’re excited for this opportunity. I know the kids are excited. We’re still anxious, because we’re in the middle of a pandemic and we understand that, but we just want to be able to work with our kids and get them with us,” Salinas said. “A lot of those kids need us to help them, structure them. Everybody I talked to was excited to get started and work with our kids again and get some sense of normalcy, as best we can during this tough time.”

La Feria will only offer fall sports at the varsity level to “keep the numbers down, be able to social distance and work in smaller groups and try to keep everybody as safe as possible,” Salinas said. That’s a decision he said most schools in La Feria’s athletic districts also made.

La Feria tennis coach Noe Moraida is ready to hit the court with his athletes for the team tennis season. The Lions are ranked No. 24 in Class 4A and No. 7 in Region IV by the Texas Tennis Coaches Association in the preseason polls.

“The kids are excited and ready to go,” Moraida said. “Their faces lit up when I told them over a Zoom meeting that we would have a chance to start practicing starting (Monday).”

Lionettes volleyball coach Rebea Fraga said her girls are “super excited about having the opportunity to play and have a season.”

Salinas said La Feria will be allowing student-athletes to participate in extracurricular activities even if they choose the virtual learning route.