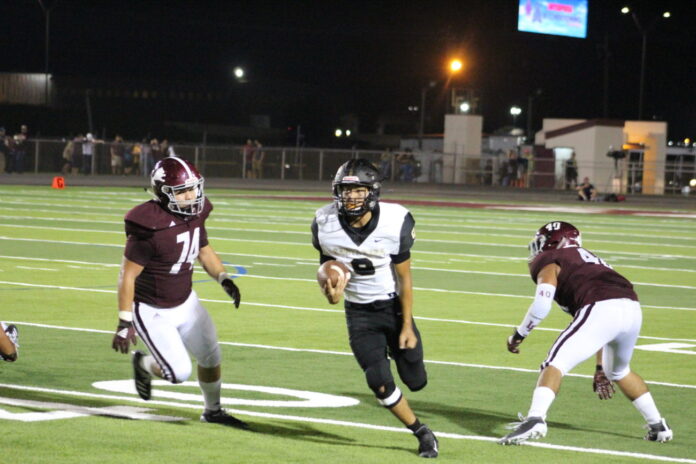 LYFORD — The University Interscholastic League decided not to delay the football calendar for Classes 1A through 4A on July 21, and 4A coaches in the East Valley are still struggling with the repercussions.

The 16-4A Division I and II districts don’t have solid plans or start dates for their district seasons yet. La Feria coach Oscar Salinas and Port Isabel coach Tony Villarreal both expressed disappointment with the UIL’s decision and the issues it caused.

“It was an unfair decision by the UIL, because I feel like they could’ve made the same adjustment or given us until the Dec. 5 certification date (like 5A and 6A),” Salinas said. “We would’ve been able to get our season in plus some non-district games and not have to rush our kids. We’ve been waiting since March, so what’s one more month so the small schools don’t have to make that tough decision of having to choose playing the game they love over safety of our kids and staff?”

Said Villarreal, “I think (Dr.) Charles Breithaupt, the executive director of the UIL, he’s a very good man and he thinks about all the kids throughout the state, but this was a terrible decision. It’s very disappointing, because the UIL stands for fair play to the point where no one gets an advantage … so what is this? Our district opponents get a five-week head start. It’s a gut punch for us.”

La Feria’s district, 16-4A DI, only has five teams, so Salinas said coaches are hopeful they’ll play the full district schedule. But none of the teams are able to start Aug. 3 like the UIL is allowing and schools in the district are still waiting on school reopening dates to be settled, so Salinas isn’t sure when his season will start or if the Lions will hit the field before district competition.

“Our whole goal will be to get our district games played,” Salinas said. “We have not had an opportunity to be with our kids since we spent two days in June with them. We feel we can get our kids ready, and at least have a good district season and hopefully be competitive in playoffs. It usually takes us, even with all the summer, almost two months before we get into the district season to get ready, so it will definitely impact us. But we’re still going to try to get some kind of season for our kids this year.”

Villarreal said 16-4A DII, an eight-team district, is still weighing its options and meeting regularly via Zoom to settle the district schedule. Five teams in the district will start practicing Monday. The three Rio Grande Valley teams — Port Isabel, Raymondville and Rio Hondo — each have a different date set to reopen schools and allow practices.

The vast differences within the district have created a lot of difficulties for the coaches. Villarreal said they want to play the full seven-game district schedule that was originally planned, but they’re also discussing splitting into zones.

“We’re trying to iron it all out, we’re working real hard,” Villarreal said. “We’ve talked about North Zone and South Zone, but that’s tricky, too, because we’re three schools in the Valley and they’re five schools in the North. To make it fair you want it to be four and four, so one of those guys has to come down here, and I don’t think they want to.

“The UIL has muddied the water even more,” he added. “There’s all kinds of dates. There’s the original schedule, there’s an abbreviated schedule, then there’s zones … there’s, like, three or four schedules out there. There’s no clear-cut direction. The UIL just said, ‘Hey, figure it out.’”

Villarreal said Port Isabel has some commitments from local schools for non-district contests, but pinning down a concrete schedule won’t be possible until the district issues are sorted out.

Texas attorney general Ken Paxton gave districts the power to reopen facilities regardless of county orders in a letter released Tuesday, which could solve some problems for the 4A programs, but Salinas doesn’t think any Valley schools will do so.

“Our superintendent, and I think every superintendent in every district, is committed to keeping their kids and their staff safe,” Salinas said. “I don’t see a school district choosing to play when we don’t have the hospitalization rate down, or the rate of COVID-19 cases down. I, personally, would not feel right putting my kids and my staff in an unsafe situation.”

Cardinals’ Zuniga set to be two-sport athlete at TLU