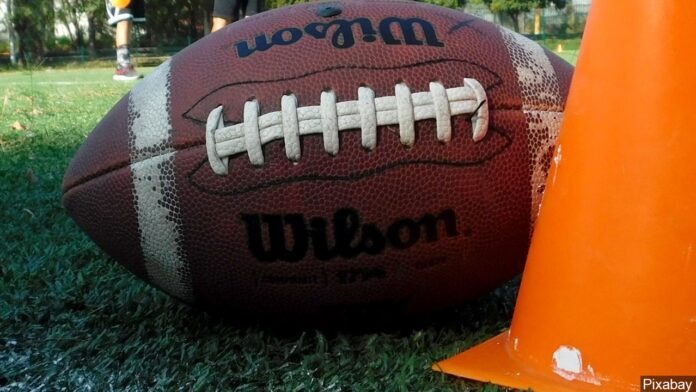 HARLINGEN — Port Isabel’s Tony Villarreal III reported to the school’s campus Thursday for the first time since he departed the program in 1997 for the first day of his second stint as the athletic director and football coach.

“I’m just trying to get my feet wet,” Villarreal III said with a laugh. “I just walked in, trying to look for keys and to open up the place.”

The veteran coach wasn’t quite ready for what he saw when he entered the building for the first time in nearly 23 years.

“To be honest, I was overwhelmed at the facilities they had,” Villarreal III said. “They’re better than some (Class 6A schools). I was, like, ‘Wow.’ … I’m very, very impressed at what they have now as opposed to when I was there (from 1989-1997). I thought we had some good stuff then, but there is a lot of great infrastructure and a great feeling from (superintendent Theresa Capistran and principal Imelda Munivez). They’re doing some great things.”

The challenge now for Villarreal III is to rebuild a football program that has struggled since the departure of longtime coach Monty Stumbaugh to Hidalgo. The COVID-19 coronavirus pandemic has added another layer of difficulty to his bid to turn around the Tarpons.

“It’s a challenging opportunity to put a competitive football team or volleyball team or athletic team on the court or field,” Villarreal III said. “I just love all the kids and all the different types of communities that we have. To me, it’s fascinating to have that kind of an opportunity, and I’m very excited to get started.”

Schematically, Villarreal III is known for his up-tempo Slot-T offense, made famous during his 1994 run with Port Isabel to the state semifinal game.

“Back in the 1990s, most teams used to huddle 10 yards away from the football,” Villarreal said. “Back then, we huddled 3 to 5 yards from the football and were running a fast-tempo Slot-T offense. That was unheard of. … What we do works. It helps our kids be successful.”

He said he plans to reach out to District 16-4A Division II coaches and administrators immediately to introduce himself and begin establishing a dialogue surrounding the pandemic and how the programs may need to respond to it, provided Texas Gov. Greg Abbott and the University Interscholastic League give them the green light to play in the fall.

“What we were mastering yesterday, you might not do today,” Villarreal III said. “I kind of coined the phrase, ‘You have to be a champion of change.’ Right now nothing is certain, and if you’re locked into what you did yesterday or two or three years ago, the governor (or the commissioner of the Texas Education Agency) could change it on a whim.”

The UIL’s latest realignment added Corpus Christi West Oso, Ingleside, Robstown, Rockport-Fulton and Sinton into the 16-4A DII fold through at least the 2022 season.

One of the main concerns for coaches, Villarreal III said, is travel that can span up to six hours round trip from the Rio Grande Valley to the Coast Bend area.

When asked about the potential of using neutral site venues with or without fans in the fall, he said the cost of renting a neutral venue would be a concern.

“That could be a consideration,” Villarreal III said. “But a lot of times it’s a losing situation (financially). It’s a little too early, I don’t know (about the feasibility of an alternative plan for the fall).”

After multiple stops across the Valley during his 37-year coaching career and a brief retirement in 2017, Villarreal said he is still in great health and has maintained the “high energy” he believes is necessary to be a coach.

So, nearly a quarter century later, things have come full circle, and the Brownsville native is back where his career took off.

“I have a love for the Port Isabel community, mainly because it’s a special place,” Villarreal III said. “It’s a special place because of all the success and all the traditions. … When I saw the opportunity, I jumped on it. … I’m very blessed and very fortunate to (have earned) the job.”