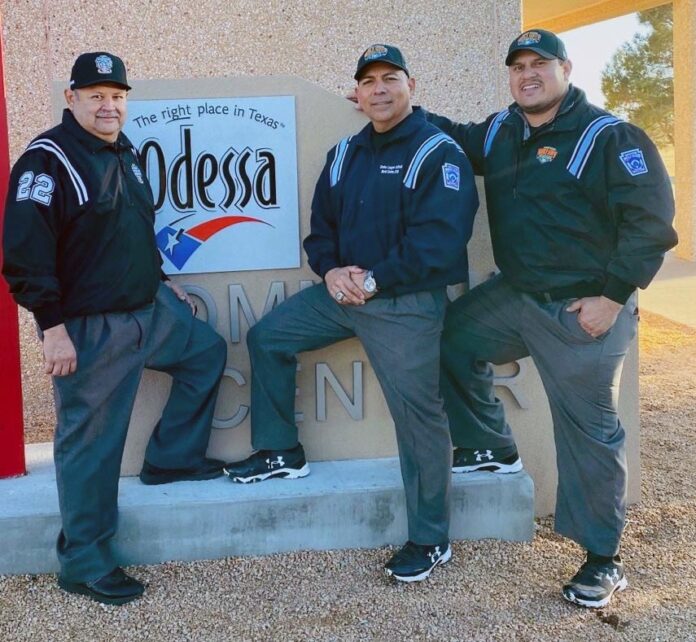 One of the many consequences of the COVID-19 coronavirus pandemic is the increased awareness of the many jobs and sources of small scale economic activity that are vital to the operation of youth sports leagues.

Chief among those who are absorbing the impact of the sports shutdown prompted by the virus are umpires. One of the most prominent among them is Raul V. Martinez, president of Brownsville Sports Park Little League and an assistant to District 24 administrator David Tobias.

There are several reasons one might choose to become an umpire, whether they are a high school athlete looking to learn a new skill and earn some extra cash calling T-ball games over the summer, or they have aspirations of joining the elite fraternity of umpires to officiate a Little League World Series game on either the baseball or softball diamond.

Martinez has been an umpire since he was 14 years old and has worked several jobs before launching his own private investigative agency.

What separates him and Rene Cruz, a Brownsville police officer and veteran softball umpire who has worked in the Brownsville Sports Park and West Brownsville Little Leagues, is their adherence to Little League International’s standards that they be volunteers at all of their local games in order to be eligible to work in World Series games in baseball in South Williamsport, Pa., or Portland, Ore., for softball.

“It’s funny, because this year none of us put in a request for a regional or World Series tournament,” Martinez said. “We had all come to the conclusion that we were going to take time off and spend it with our families. … It would have affected us if we had been saving money to go on family trips.”

Martinez is held to an even stricter standard, as per LLI policy no league official can profit from their own league.

Brownsville has had four other umpires work games in either of their respective sports’ championship tournaments. Umpires can be paid to work at games that take place outside the Rio Grande Valley, including tournaments and sectional, regional or state competitions, and remain eligible to work at the LLWS.

In other words, enough for Martinez to take his wife out to dinner and a movie or to use for gas money, but not nearly enough to supplement his income.

“I loved calling games at the Los Fresnos Little League,” Martinez said. “Because they had the best burgers at the concession stand. And that’s what I charged them — a burger, a bag of chips, and a soda.”

Most umpires at the youth or high school level are also teachers, police officers or government workers. Sometimes, they are retirees merely seeking some walking around money.

Martinez said junior umpires typically can make $120 per week, depending on the league. He recalled one in particular who was eager to work as many games as possible to help supplement his family’s income.

“We are not protected,” Martinez said. “Any income that we were going to make as umpires this year has been lost. For those of us who were (relying on umpiring) as a secondary source of income, we’ve had to adjust.”

When middle school sports were brought under the UIL umbrella, that extended the sports calendar for both baseball and softball teams and umpires, in addition to football, basketball and volleyball in the fall and winter.

As a result, officials would have had an opportunity to continue working on a longer schedule during a normal year. Texas Gov. Greg Abbott announced Wednesday that school districts would be granted permission to hold in-person graduation ceremonies, the closest approximation to a crowd a sporting event would usually draw in a setting such as Sams Memorial Stadium.

Also, the UIL has turned its focus toward the fall and potentially relaxing its usual summer workout standards to give athletes a chance to acclimate to practicing when the state has declared it safe to do so, according to a report from The Houston Chronicle on Friday.

Tom DeMichele, the secretary of the Rio Grande Valley softball chapter of TASO, is based in McAllen, where normally he works 11 months out of the year calling high school games or adult slowpitch softball games.

There are approximately 100 softball officials in his chapter, all of whom are independent contractors and some of whom officiate youth sports, adult leagues or other TASO-affiliated sports.

“If someone in our chapter was really hurting (financially), I would hope they would let the board know, and there’s a possibility we might be able to help them,” DeMichele said. “But that hasn’t come up.”

Los Fresnos block comes up big in sweep over Rivera