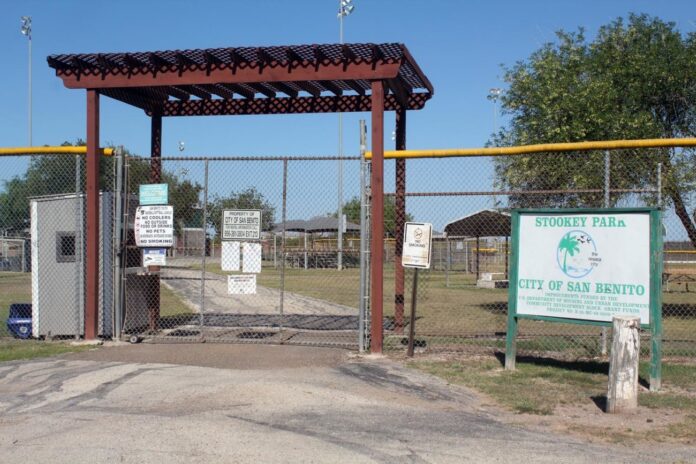 HARLINGEN — The lights are staying off at diamonds across the Rio Grande Valley as the COVID-19 pandemic has spring youth softball seasons in jeopardy.

The national PONY league announced April 24 that officials are communicating with World Series tournament host states as one of many steps to establish a plan to have the 2020 regular season, albeit a modified one. But even as safety measures across the nation begin to relax, local leagues have their doubts about playing opportunities.

San Benito Youth Baseball and Softball League president Sal Castillo is trying to stay optimistic but doesn’t see softball returning this spring. Sebastian PONY Express board member Rodney Rivera expressed similar feelings and said he hopes to have a season later in the summer, but there will be complications.

“(Teams in San Benito) got to play for two weeks, and then this came up and it stopped all of a sudden. I knew it was coming because I said if the school closes we’re definitely going to stop, and I think it was the right thing to do,” Castillo said. “If we can, we will continue this season sometime in June or July, but if it goes farther than that we probably won’t. I’m optimistic, but I just don’t see it, honestly, for this year.”

Castillo said San Benito’s league is the largest that plays under PONY in the Valley with more than 800 children participating in softball and baseball. The league encourages all kids in the community to embrace youth sports and offers a Champions League for special needs children. Castillo said 30 kids form two teams and play against other Champions League teams from the Valley at Stookey Park.

San Benito had 26 girls teams signed up and raring to carry on the strong softball tradition in the town. But as PONY continues to push back dates for World Series tournaments and what would have been the All-Star season quickly approaches, Castillo fears they won’t get that chance.

“San Benito has become softball central, to tell you the truth. The reason we’re getting good girls down in San Benito High School is because they start playing at such a young age and they play all the time. They develop because these coaches are really good,” Castillo said. “It would be great if we can continue, and if we can then we will as long as it’s safe for our kids.”

Even as a large league, Castillo said the San Benito organization is “hanging on by a thread” in terms of the financial impact of not having games right now and potentially further into the future. Rivera said the Sebastian league, a small organization that caters primarily to Willacy County youth but has open boundaries for children from other areas, could face a significant financial burden if the seasons aren’t played.

Sebastian had 15 teams, six of those softball, that were already practicing for a March 23 season start when the coronavirus forced postponement. As potential start dates get later, Rivera believes summer plans could pose a complication for participation.

“The fallback that I see is you have parents that already have other things happening during that span that may not allow for kids to be able to play. Families start having vacations so they might only be there 70 percent because they’re going to be out of town,” Rivera said.

The Sebastian PONY Express is self-sufficient and doesn’t get any financial government assistance, meaning the coronavirus could have a long-lasting affect on the organization. When it’s safe to do so, the board wants to offer the opportunities parents paid for and continue developing young athletes.

“We’re just waiting for county officials and PONY to open the door so we can start the process, start trying to get some games put together and begin with the league,” Rivera said. “We’ve been here for all Willacy kids and anybody that wanted to play baseball or softball. That’s where all the money comes from, whatever registration brings in. It would be very difficult if parents decided to ask for refunds and all that.”

Greyhounds dominant in win over Falcons