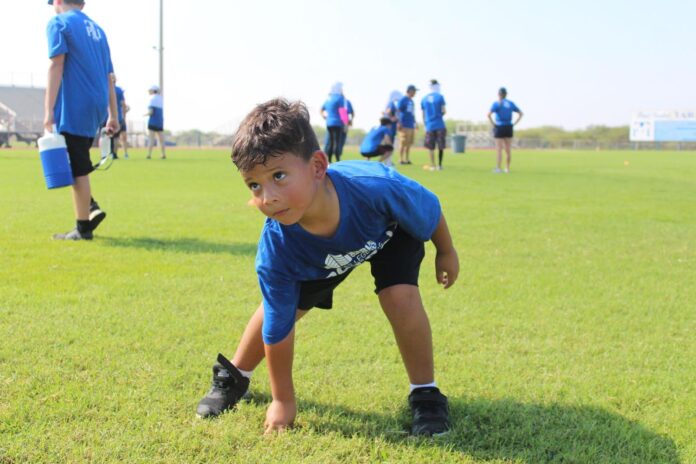 He is on the city’s parks and recreation board and has been involved with youth football in Port Isabel for 19 years, and during that time he has never seen a challenge like the one facing his community.

The Texas Youth Football & Cheer Association has two teams each in Port Isabel and in Brownsville. None of them, including the TYFA-member Port Isabel Tarpons youth team, will be seeing the field anytime soon.

“These are uncharted waters,” Loera said. “It’s a hard decision to make, not to have sports in our area. I know there are a lot of kids in our area who want to play, but the risk is just too high.”

Loera said that TYFA will allow for groups of no more than four to practice together, which makes even flag football or 7-on-7 impossible. But he fully supports and understands the limitations, and will continue to follow the guidelines of local and state officials.

“It’s really hard to take the liability of putting kids on the field,” Loera said. “It’s too much of a risk that some kids will get sick out there.”

The majority of the children participating in youth sports in Port Isabel come from single-parent homes, Loera said, which can add a layer of difficulty to ensuring that homebound youth are able to exercise or stay active without the structure of organized sports.

The Tarpons typically have about 100 players across five divisions, ranging from 4 to 13 years old.

“It’s hard for those kids,” Loera said. “And in football, there’s a lot of sweat, people are hitting each other and tackling each other. There’s probably more germs being exchanged (than in any other sport).”

Ultimately, Loera is content to absorb the frustration of anyone who may complain about the lack of youth sports in the short term if doing so is best for the long term health and safety of the league’s participants, coaches and other volunteers.