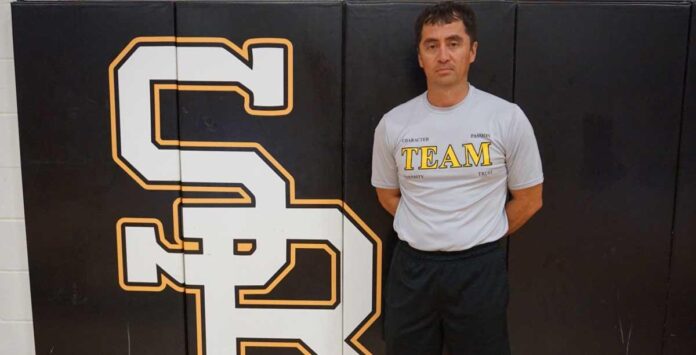 Santa Rosa residents say they are concerned the contract of Warriors athletic director and boys basketball coach Juan Cipriano might not be renewed at today’s Santa Rosa ISD Board of Trustees meeting.

One of the items on the agenda for today’s school board meeting via teleconference involves “Consultation with legal counsel on matters related on recommendation to propose non-renewal of Chapter 21 contract of athletic director Juan Cipriano.”

Three Santa Rosa school board members were sent emails seeking comment, but there was no response.

According to records, Cipriano has coached the Warriors for 22 years and guided them to 16 district championships or co-championships, and taken his teams to the UIL state tournament three times.

Santa Rosa resident Stephanie Garcia said she is the mother of three sons who graduated from Santa Rosa, and two of them played for Cipriano.

“Coach CP was a coach to two of my three sons, and not only was he a coach, he was a father figure and mentor,” Garcia said. “My son is 28 years old now, and Coach CP influenced him so much so that he went on to get his master’s degree and become a teacher and home owner in Austin.

“I can’t really tell you why they would do this, but I’ve heard four board members (comprising a majority) are voting against the renewal of Coach CP’s contract,” Garcia added. “He’s just been a very successful coach here. If they don’t renew his contract, I’m sure he would have a lot of job offers elsewhere, but we want to see him stay here.

“Let me tell you, the folks out here in Santa Rosa are absolutely outraged that this could happen. We’re absolutely devastated that Coach CP would no longer be the coach. I’ve had more than 500 people sign a petition (for Cipriano’s contract renewal) in just a few hours (Tuesday).”

Jacob Garcia, one of Stephanie Garcia’s three sons, is now a teacher in Austin. He played for Cipriano before graduating in 2009. He was a member of one of Cipriano’s teams that made it to state.

“I’m not 100 percent sure why they would do something like this,” Jacob Garcia said. “Having gone to Santa Rosa and having graduated from there, plus playing basketball for Coach Cipriano, I know there is a lot politics involved, especially now that I’m a teacher.

“I think it’s important to know that Coach Cipriano is not only a coach, he’s a mentor for every one of those kids,” he added. “He was for me. I don’t think I would have even graduated and gone on to college if it wasn’t for him. It’s devastating and heartbreaking for everybody (that his contract might not be renewed).

“I think if it happens, it gives the school district a bad name. He’s been there for 22 years and had a lot of success. It’s just not good (if it happens).”

Maribel Salinas is a Santa Rosa resident with a son who just completed his eighth-grade school year and is looking forward to becoming a freshman at Santa Rosa High and playing for Cipriano.

“It’s very upsetting to think they wouldn’t renew Coach Cipriano’s contract,” Salinas said. “I would say except for possibly just a few people, our entire community is upset about this. You’re talking about a coach who has been there more than 20 years and has won so many district titles and taken teams to state.

“Coach CP takes under his wing many of his players, especially those who don’t have a father figure in their lives,” Salinas added. “To him, it’s always been grades come first and then your talent (to play on the varsity). He’s a fair man who has given everybody an opportunity. If you make the (varsity) cut, you make the cut.”

Salinas said her son developed an injury during the past track season, and Cipriano called her to recommend the eighth-grader sit out of athletics until he had sufficiently recuperated.

“What coach goes out of his way to do something like that?” Salinas said. “You have to have a leader to go in the right direction, and he’s a great leader. These boys (in grade school and junior high) are saying, ‘I can’t wait ’til I play for Coach Cipriano.’ My eighth-grader has been saying that since the third grade. Coach Cipriano has a lot of support.”