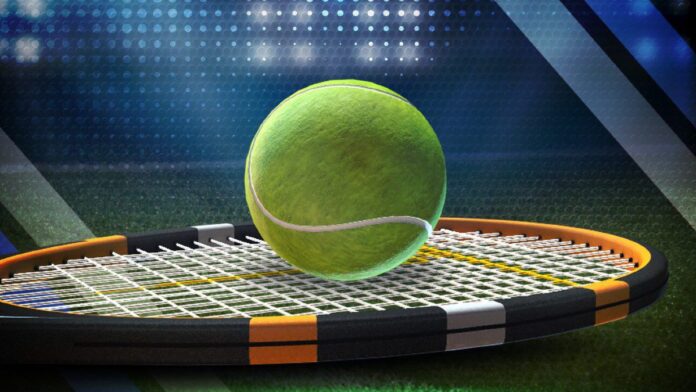 HARLINGEN — The Harlingen South tennis program is as consistent as they come.

Year in and year out, the Hawks are winning tournaments and district titles, and taking on some of the top competition in the state. They rattled off a seven-year streak of state tournament representatives at the start of the decade and have sent a handful of athletes to the college ranks.

Even under new leadership, Harlingen South continued its winning tradition and advanced to the Region IV team tennis tournament semifinals for the 11th consecutive year, and it ended the fall season as the sixth-ranked Region IV team by the Texas Tennis Coaches Association.

It’s safe to say the transition from the Noe Stillman era to the new age of Hawks tennis under Ernesto Escamilla is off to a solid start.

“Taking over a program is never easy, especially a program of this magnitude and that had a coach that was as successful as Coach Stillman. We have been in contact and he has become like a friend. Any questions that I have, I go to him,” Escamilla said. “I’m grateful to have one of the best assistant coaches in Texas in Coach (Kelly) Holder to help me through this first year. The team, my captains and the senior leadership responded very well.”

LeMarr began playing tennis in fifth grade and had been a member of the varsity program since her freshman year. She played girls singles, girls doubles and mixed doubles in her time with the Hawks, but as a team-oriented person she enjoyed doubles most.

“My favorite was mixed doubles because I got to play with the guys and they typically hit harder than some of the girls, so it’s really fun to play people that give me the competitive sense where I can be my best self,” LeMarr said.

This year, she and South’s No. 1 player, Tice, teamed up in mixed doubles. LeMarr called the sudden end to the season disappointing, and she felt she and Tice could’ve made a long run in the playoffs. But she finds solace in the experiences she shared with her team as one of the top players in the program and the lessons she learned with the Hawks.

LeMarr excelled as a team captain, making it a priority to encourage and watch over her teammates. She helped with Escamilla’s transition by making a point to be the first to do what he asked and selling her teammates on his ideals.

“As a captain it’s been fun because my team, I don’t know how to explain it, but watching them grow and seeing everyone come together, we’re really like a family,” LeMarr said. “The South program has really taught me how to communicate, it’s taught me time management … It’s taught me that sometimes you just can’t control the situation, and you just have to keep your cool and let it ride out and in the end it’ll work out.”

De La Fuente, the Harlingen South student council president, didn’t need a captain title to be a key leader in the Hawks program. For four years, he and Morales played boys doubles and found their fair share of success.

“The chemistry we have together, we just connected. There were no arguments, no mistakes between us, and we really lifted each other up when we had our down moments and we won, like, every tournament here in the Valley,” De La Fuente said.

Along with lifting up his partner, De La Fuente took it upon himself to be the motivator for all his teammates on and off the court. He said his approach was to bring everyone up and to help the program balance its competitiveness with some fun.

The driving force behind De La Fuente’s light heart and dedication is his twin sister, Julia, who was diagnosed with cancer after their sophomore year.

“I’ve been playing this sport for my sister. She was on the varsity team, too, since freshman year, but once we got the diagnosis that she’s fighting cancer, she, of course, had to stop playing,” De La Fuente said. “I wanted to be the one playing in her spot, in a sense, and to keep it going and being there for her on the court as well as at home. When she wasn’t in treatment she would come to our tournaments in San Antonio or even in the Valley and support her team.”

While Escamilla is quick to credit the early success to members of the program like LeMarr and De La Fuente, his coaching experience speaks for itself. He spent the last nine years coaching collegiately.

The Brownsville Pace alumnus took an assistant job at Bethel University in McKenzie, Tenn., in 2011 under fellow Brownsville native Rafael Delgado and became the head coach in 2014. In 2017, Escamilla advanced to the NCAA Division I ranks as the assistant coach at the University of Tennessee-Martin.

With their family growing, Escamilla and his wife decided it was time to come back to Deep South Texas, and the timing was perfect with the South vacancy. He thanks the school and tennis community for embracing him with open arms, and said he’s looking forward to the future and growing the game for the Hawks and all of the Valley.

“It’s a dream job, really, to have this responsibility and be back home,” Escamilla said. “When you’re going from the college level to the high school level, a program like Harlingen South is ideal because you know that the community cares, the athletes care, the parents care and that’s all you ask for as a coach. For me, tennis is a calling. I feel like it’s what I was put on this earth to do.”