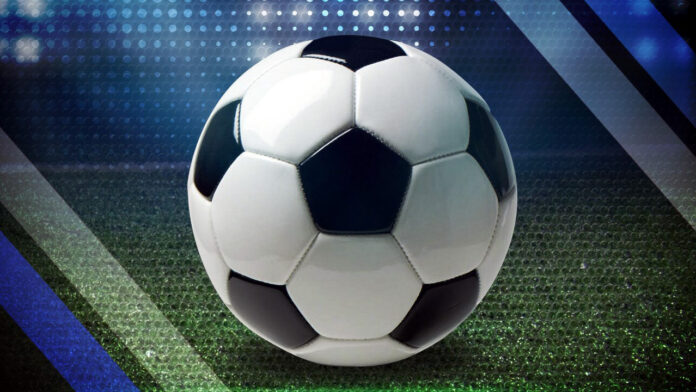 HARLINGEN — San Benito forward Adrian Martinez may not have stuck around long enough to realize his true potential, were it not for the support of his uncles, former teammate Isidro Najera and his ability to summon the strength to play through grief after the loss of a loved one.

Martinez worked his way up from the Greyhounds’ JV dark team as sophomore, when he initially struggled to find playing time. He has steadily ascended to become the top scorer on one of District 32-6A’s most prolific offensive teams.

“During the summer after my junior year, I started playing (in a competitive league),” Martinez said. “And that gave me a lot of experience. … That made me realize what I could do and helped me become a better player.”

The senior scored 15 goals to lead his team to playoff qualification in his last season in purple and gold.

He is the Valley Morning Star’s 2020 All-STAR Boys Soccer Most Valuable Player.

“I was actually benched for the last few games of the (JV dark) season,” Martinez said. “That made me work harder (to earn my spot), and I did. And (the All-STAR award) was (my reward).”

Huerta observed before the season that Martinez could benefit from being more physical as a forward. The San Benito coach added that Martinez made significant strides toward improving his soccer IQ — where to be when playing without the ball and where he placed the ball when he was in scoring position.

“He asked me, ‘Coach, what do I need to do to get better?’” Huerta said. “We worked on it, he dedicated himself and it showed throughout the season. I think it’s a well-deserved (selection) for him, along with all the players who have been selected for the (All-STAR first team).

Martinez praised teammates Senovio Cerdan, a senior who played alongside him on the wing, and midfielder Christian Castillo, a sophomore, for their ability to share the ball and spread the field for the Greyhounds when they went on the attack.

“The season spoke for itself with those three guys on the field,” Huerta said. “They (complemented) our offensive game really well.”

The trio of Martinez, Cerdan and Castillo worked together often in its summer league, perfecting its timing and chemistry on set pieces.

“I would run through the back of the defense, and Christian would lob me the ball,” Martinez said. “I’m really proud of both (Cerdan and Castillo) and for their assists. They helped me score and helped the team a lot.”

Martinez was only motivated further by the deteriorating health of his grandmother, who passed away March 16. During a winter tournament, he left a game to go visit her in the hospital, where Martinez said she was sick with an infection that the doctors were unable to identify or cure.

“She would tell me, ‘What are you doing here?’” Martinez said. “‘Go out there and go play your game.’”

He followed her advice and pointed to the sky to celebrate each goal he scored in her memory.

“I decided, I’m going to set this goal and I’m going to do this for her,” Martinez said. “That made me work twice as hard.”

In a loss to Harlingen South, Martinez juked a defender and curled a ball into the bottom left corner of the net in what he said was his favorite goal of the year — one that made him feel like he was on his way toward becoming one of the professional players he grew up watching.

He scored twice in San Benito’s last district game against Los Fresnos, which proved to be the final game of his Greyhounds career. He dedicated the performance to his late grandmother.

“I scored those two goals for her,” Martinez said. “I just want to thank her for everything she told me, and my uncles, too. Up until now, I feel like I’ve improved (a lot) because of them.

“I was trying to be a role model to these sophomores and juniors, so they could see that they could (be successful), too.”

Offensive Player of the Year

Defensive Player of the Year

Utility Player of the Year

Newcomer of the Year