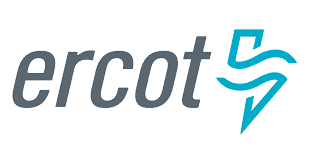 How many of us had no power for days during Winter Storm Uri that hit Texas in the recent past? We had no power for three days and nights, but we were lucky because we have good friends who did have power. They invited us to stay for the duration, but how many of us had to rely on the good graces of our families, friends, and social services to keep us warm, fed, and with potable water?

The first remarks from Governor Abbott about the winter storm blamed the Green Deal and wind turbines and solar power, but it was soon revealed that it was the Oil/Gas Industries and Abbott himself who was to blame.

The Electric Reliability Council of Texas (ERCOT) manages the price of power and balances the power grid’s supply and demand.

ERCOT and electric utilities answer to the state Public Utility Commission, whose board is appointed by Gov. Abbott. And everyone answers to the Texas Legislature, which can write laws to regulate any part of the system. These are important facts to remember.

Under Texas deregulation and no regulations requiring winterization of well heads and other oil/gas equipment, nothing happened, and we Texans were left quite literally “out in the cold.”  And all this misery and death happened to us citizens while Senator Cruz flew to warm Cancun, Governor Abbot was nowhere to be found, former Texas Governor Perry said Texans will endure blackouts “to keep the government out of our business”.

Subsequently, I wonder about the three proposed LNG export terminals near SPI and Laguna Vista, where I used to live. We residents had been told by the LNG companies and our local politicians that all of the safety regulations required by federal and state regulatory agencies will be met, but isn’t it wise to now wonder about these “supposed regulations” as being sufficient and if enforced substantially after our winter storm experience?

How many regulations for LNG will be adequately enforced by TCEQ (Texas Commission on Environmental Quality) for the health of the local communities?  If we consider ERCOT to be a failure of administrative oversight by Abbott, then we should surely wonder and doubt what type of oversight is being completed with the safety regulations of the proposed LNG plants.