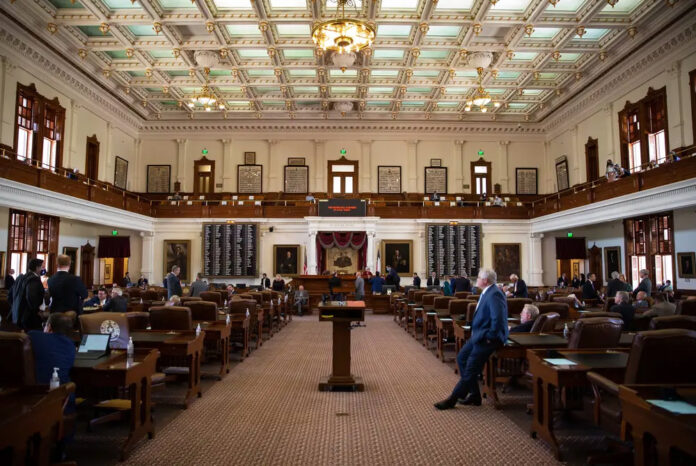 We’ll ignore any demonic or biblical references based on that number.

These aren’t the only new laws; some went into effect immediately upon the governor’s signature, while others become valid at other specified dates. Other high-profile legislation, including new voter restrictions, are being addressed in the current special session and will become law later.

Ordinarily, many of the significant bills deal with the creation of state services, allocation of resources and updates that address changes in technology, federal laws, legal decisions or, occasionally, changing social mores. The package of 2021 laws, however, could best be remembered for its curtailment of individual rights and loss of local autonomy.

One of the highest-profile measures is the “constitutional carry” law that allows most adult Texans to openly carry a firearm. Another is additional leniency regarding the use of marijuana for medical purposes, although recreational use, which is legal in about half of our states, is still prohibited. Many others, however, are little more than the state flexing its muscle and overriding many issues that had been left to individuals or local governments.

A couple of new laws promote the state-approved narrative of Texas history. The state has long been known for its need for custom-written history textbooks in our schools. The dozens of books written every year by professional historians and researchers differ so much from the information our State Board of Education wants presented that our texts must be custom written, allegedly to downplay some events, highlight others or even change some facts. As of Sept. 1, teachers now can’t independently present certain information that deviates from the state narrative. People accessing state services such as getting or renewing drivers’ licenses also will receive information promoting that narrative through new state’s new “1836 Project.”

In addition to high-profile measures such as the ban any abortion if a heartbeat is present, criminal penalties continue to be stiffened to keep our jails filled. Paying for sex and interfering with the progress of emergency vehicles, for examples, for example, now are felony offenses. Instead of getting a citation and paying a fine, violators now can be jailed, further adding to our state’s penchant for imprisoning nonviolent offenders.

Local governments are now banned from ever reducing law-enforcement budgets. This knee-jerk reaction to the impotent “defund the police” prevents departments that acquire special grants or cost-cutting technology from using the windfall to cover other needs.

Litigation is expected on several new laws, and we wait to see if any law is nullified in court. In addition, we encourage all interested parties to review these and other new bills. Historically, many laws have created unintended consequences that proved worse than the laws’ intent. We trust future legislatures will see such developments, and show a greater appreciation for individual liberties, and give many of these new laws a short life.