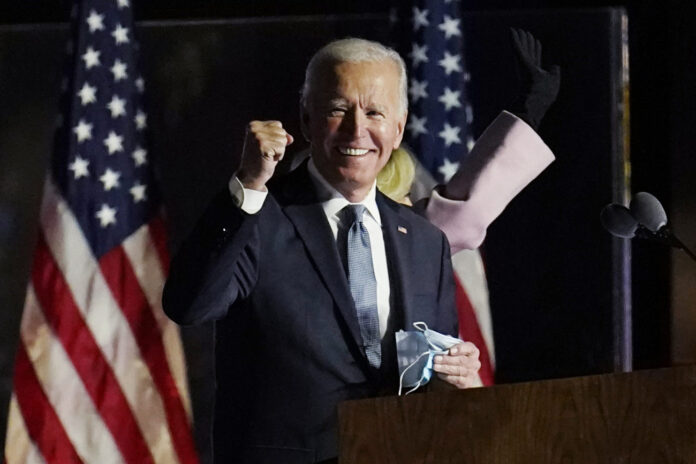 President Joe Biden’s first weeks in office were busy. Much of his initial work was rescinding many of the executive orders that his predecessor, Donald Trump, had issued. Biden also has stated several policy goals, such as immigration reform and infrastructure improvement, that are more ambitious and will take time to accomplish.

As the president prepares to make his first address to the joint chambers of Congress tonight, we trust the president will go beyond a recitation of accomplishments and goals, and provide more detailed plans regarding how he plans to accomplish his initiatives, especially those that affect Rio Grande Valley residents directly.

These include better information regarding the border. Biden announced that construction of Trump’s “border wall,” which was being funded by diverting money that Congress had allocated for other purposes, would stop immediately. However, litigation reportedly continues regarding federal efforts to seize private land along the border for that wall.

Biden’s promise to improve conditions for immigrants being held on both sides of the U.S.-Mexican border have been complicated by new waves of immigrants that have overwhelmed our current immigration bureaucracy. The president announced that Vice President Kamala Harris would manage our immigration policy. That announcement was made in mid-March, and to date little has been seen from Harris in this regard.

In recent days the administration has stated that Harris has been working behind the scenes, talking to officials in Central America from which many of the current migrants originate. That certainly is a necessary long-term goal, but the plight of the thousands of people who already are detained along the border and temporary centers within this country need immediate attention. This is a true humanitarian crisis, and we can’t allow the migrants to languish in overcrowded, reportedly unsanitary conditions while we make overtures to Central American governments that historically have been hostile to the United States and will be hard to convince to make the kinds of reforms that would stop their residents from feeling to need to leave home and seek better lives elsewhere. Nor do we want them to stop migration by force, thus making conditions in their countries even worse.

Biden has voiced support for other measures, such as universal preschool, that also need explaining. Schools across the country will struggle for years to recover from the effects of the COVID-19 pandemic, and the addition of new levels of students could be difficult without strong plans — and funding, which could be difficult in the near future.

A complete withdrawal of U.S. troops from Afghanistan by Sept. 11 also has been announced. Surely, most if not all Americans hope it happens. However, such statements should not be made unless there is confidence that our goals have been met and that our withdrawal won’t provoke a new era of instability. If those assurances exist, why wait until September?

These and other issues weight on Americans’ minds. We hope Biden’s speech provides evidence that real planning is supporting whatever with list he gives us tonight.