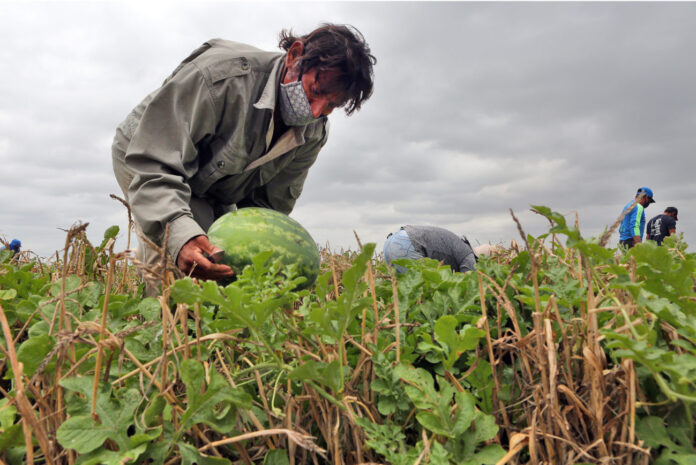 During the COVID-19 pandemic, many of the very occupations that rely most heavily on immigrants were deemed essential. The reasons were obvious: People still needed to eat, making farm workers vital to keeping everyone fed and nourished. Related industries, from those that process, package and deliver goods from farm to market, those who work at the stores and restaurants and similar venues were equally important.

Our Congress members should remember that as they consider legislation that acknowledges our need for such workers, such as the Farm Workforce Modernization Act.

House Bill 1603, co-sponsored by Reps. Zoe Lofgren, D-Calif., and Dan Newhouse, R-Wash., recently passed out of the House with bipartisan support and has gone to the Senate for consideration, although its success in the deeply divided chamber isn’t assured. President Joe Biden already has voiced his support for the measure.

The bill seeks to offer protections and a path to legal status for immigrants already here who have maintained steady work in agriculture; provide better access to H-2A visas that enable immigrants to come and work; and it defines steps farmers, ranchers and related employers need to take to better that their workers are in this country legally. They also would have to ensure that their seasonal workers have access to housing and other necessities.

Such a bill would be a great benefit to areas like the Rio Grande Valley, where agriculture remains a major part of our economy and our location the border brings in a heavily reliance on immigrant labor.

Resistance to such measures in the past has utilized the false argument that immigrants only take jobs from U.S. citizens. The reality, which has been proven time and again, is that farmers and ranchers can’t find enough Americans to take such jobs. And as our society continues to advocate that American students pursue education and high-tech occupations, the pool of native workers will continue to dwindle.

The shortage of immigrant workers already has been felt in the Valley. Some farmers have lost substantial parts of their crops to spoilage when a lack of workers left them unable to harvest them quickly. A 2017 delay in work visas left 20% of the Valley shrimp fleet stranded in port because they couldn’t hire enough workers to embark. Some of those who did leave port returned after just a few days because the U.S. workers they’d hired weren’t able to handle the work like the experienced Mexican crews they normally employed.

It doesn’t help that recent administrations have shown a preference for highly skilled workers. This has only increased the pool of high-tech workers to compete with educated Americans, many of whom already report that they have been forced to take jobs for which they were overeducated and overqualified, even as thousands of agricultural jobs remain unfilled.

That’s what happens when politics muddy the waters of U.S. policy.

Decisions on the allocations of work visas should rely on the need for such workers, not on politicians’ thirst for votes. HB 1603 isn’t just an immigration bill; it’s an effort to support a critical part of our national economy. Senators should view it as such, and give it the support it deserves.