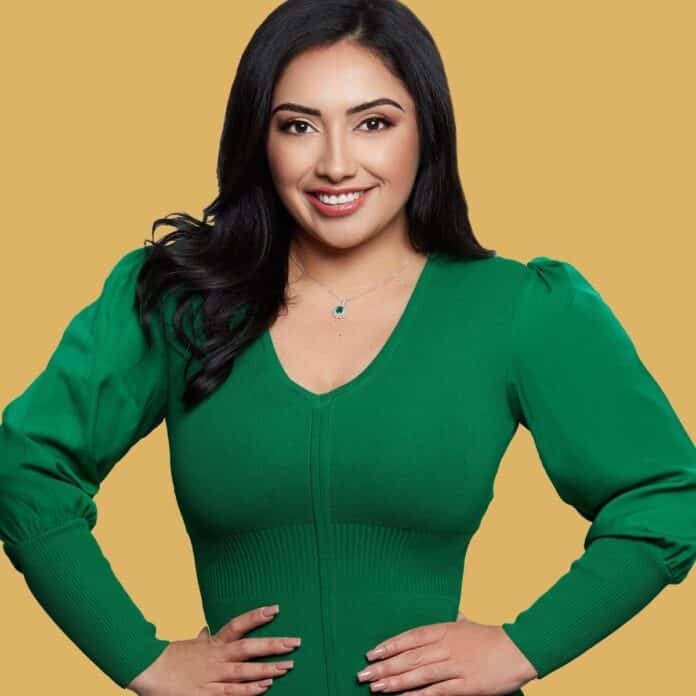 Thank you for participating in our local election on May 1st. I am happy to report that the majority of voters demanded change and we are now in a runoff election.

Thelma Elizabeth Tamez is a McAllen, TX native seeking the City Commissioner District 3 post in McAllen, TX. Thelma is a local entrepreneur who serves as the President of La Encantada Diversity, Equality, & Inclusion and is part of the T-Mobile USA Mission Call Center’s leadership team.

Thelma is the daughter of late businessman Sergio Tamez and Aida Tamez, a 20-year veteran in the McAllen ISD Kitchen department. She feels lucky to be part of the McAllen community since birth and has put down roots in this community that has given back so much to her. Thelma received her education from outstanding teachers from Alvarez Elementary, Lincoln Middle School and graduated from Rowe High School in 2006. She later attended South Texas College in McAllen and graduated from the University of Texas Rio Grande Valley in 2017 with a Bachelors’ in Psychology.

Thelma’s experience with T-mobile USA is proof of her ability to lead projects while always respecting everyone’s role and function. She started with the company in 2008 and has worked her way up to a Supervisor position. In this role, Thelma has consistently led successful teams to perform at high levels by earning their trust and collaborating with everyone involved. In 2014 Thelma was chosen to co-lead the T-mobile Women’s Leadership Network in the RGV, where she assisted and empowered women in leadership roles. Her work earned her the Diversity & Inclusion Chapter position, where her focus has been to create a more inclusive environment through education with multigenerational, multicultural, LGBTQ, Veterans, and Disability groups. She has developed and executed over 100 events for the Mission Call Center while still excelling on her daily job duties as a supervisor. Thelma oversaw training and development for her teams and was pivotal in the T-Mobile nomination as the Top 2 Best Places to Work For in Texas.

Thelma also has an extensive background in business and balancing the needs and budget of a business. She owns La Encantada Diversity, Equality, & Inclusion, LLC, which offers education and development to local businesses and school districts seeking to promote equity and celebrate diversity. Like any successful business owner, Thelma has been faced with important decisions leaders make for her company’s growth and betterment. With over 13 years of experience working in a high performing industry, Thelma has mastered the Key Performance Indicators one needs to achieve to make a business profitable.

Thelma’s commitment to her McAllen community has catapulted her into many leadership roles with McAllen organizations. Thelma is a current member of the Junior League of McAllen, RGV Hispanic Chamber of Commerce, Hispanic Women’s Network of Texas, Village in the Valley, and serves as the President for the Organization of Women Executives. She is known for her talent and willingness to help other emerging entrepreneurs in their path of growth. Her passion lies in Women-owned business, and she has helped many women through her roles as President. Thelma has taken a proactive part in getting to know her McAllen community at a deeper level by committing her time with leadership McAllen. Thelma spent an intensive year learning and visiting different City of McAllen departments, government agencies, and local organizations to fully understand the local government’s inner workings. Thelma is a Leadership McAllen Class 35 graduate. In addition to her time, Thelma gives back to her community through personal contributions to organizations like the Boys & Girls Club of McAllen, Junior League of McAllen, Organization of Women Executives, UTRGV American Marketing Association, and the RGV Literacy organization.

Most recently, Thelma founded the RGV Census Ambassador Scholarship Program, where she was critical in raising 150k in scholarships for high school students. Through this program, Thelma educated and encouraged local youth to get involved in civil responsibility by getting involved in the 2020 Census process. Many community leaders have recognized her for her efforts in increasing the Census count in the RGV.

In her spare time, Thelma likes spending time with her family and reading a good book. Thelma is proud to say that she is a product from McAllen, TX District 3 and is committed to making her beautiful community an even better place to live at.

See her on social media here:

Pol. adv. paid for by the Thelma Tamez Campaign