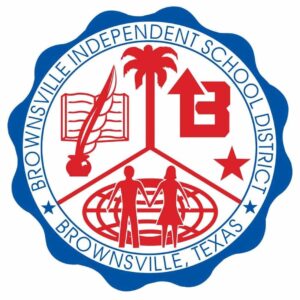 The Brownsville Independent School District has approved a $506.7 million operating budget for the 2021-2022 school year that includes a $1,200 retention stipend and 2% pay raise for all employees, adjusts all pay grades to at least 90 percent or higher of market value, increases stipends for core subjects and extracurricular programs and includes a one-time increase to the 2020-2021 summer pay scale.

The BISD Board of Trustees approved the budget on a unanimous 7-0 vote following a public hearing at a special-called board meeting Thursday night. BISD is required to adopt a balanced budget before July 1, the beginning of the district’s fiscal year.

The budget is based on a preliminary property tax rate of $1.15380, per $100 of valuation, a decrease of about 2 cents, Chief Financial David Robledo said. Property values in Brownsville have increased over the last year to about $9.3 billion from $9 billion, the result of $66 million in new construction, he said.

As a result, an average home that was worth $96,000 a year ago is worth about $102,000 now, according to preliminary figures from the Cameron County Appraisal District. Due to higher property values, an average home would incur BISD taxes of $857, which is $28 more than a year ago but would have been even more if taxes had not decreased, Robledo said.

The appraisal district is scheduled to certify property values on July 25, with BISD to set its official tax rate in October, Robledo said.

The budget projects expenditures at $506.7 million, total revenue of $501.9 million and debt service of $31.5 million, meaning that $4.7 million will have to be made up from fund balance, Robledo said. The budget projects a fund balance of $491.2 million, down from $520.9 million in 2020, but still enough to operate the district for 61.7 days. It costs about $1.35 million per day to operate the district, according to BISD figures.

The budget represents the end product of a process that started in February and has occupied BISD staff nearly nonstop for the past several weeks, Superintendent Rene Gutierrez said, thanking his staff for all their hard work.

“I wish we could give more and I know all of us are of the same frame of mind but we only have so many dollars to work with and be able to balance the operations of the district and at the same time take care of the employees,” he said.

Notably, trustees approved the employee compensation plan for 2021-2022 as part of the consent agenda and without comment.