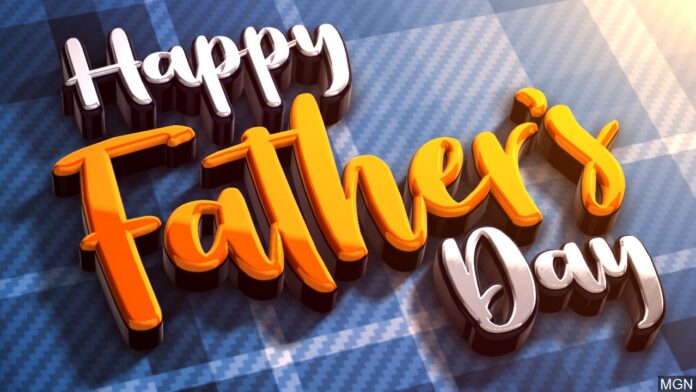 Chances are, stay-home requests brought on by the COVID-19 pandemic don’t change many families’ plans for Father’s Day. And Dad’s probably just fine with that.

Traditionally, families treat Mom to a nice restaurant meal on her special day. On Father’s Day, however, it is more customary to fire up the grill and char a few steaks, ribs and fajitas.

The different traditions make sense. Historically — especially before women became such a big part of our work force — mothers spent much of the week caring for the family, including meal preparation. It seemed proper, therefore, to give her a break and take her out to eat.

During that same era, however, fathers were away from home much of the day, whether they were toiling at a factory or plowing the back 40 acres. It wasn’t uncommon for fathers to head out to work before the children rose out of bed and didn’t arrive until they had settled in for the night. Other times dads arrived so tired from a hard day at work that they just wanted to have supper and decompress for a while before going to bed. Many weekends were spent catching up on chores that accumulated during the week. Staying home, therefore, offered a perfect respite from the harrowing work week.

Those days are gone for many families as the 9-to-5 culture takes ever-greater prevalence in our society. However, many fathers still enjoy a day at home surrounded by family.

To be sure, our changing economy, and the changing demands it places on our workers, enables more fathers to adopt new roles. Pew Research reports that while before World War II the father was the only breadwinner, he’s the only source of income in only 27% of today’s households.

Shared job duties has led to shared household duties. Analysts say many fathers are taking on more tasks at home, including cooking meals and being more involved in the rearing of their children. Many older fathers and grandfathers might say they never changed a diaper; younger dads accept it as a simple task that they do without a second thought.

And as fathers take on greater child-rearing tasks, the idea of the distant disciplinarian is starting to wane. A recent study by the University of California Riverside found no difference between fathers and mothers with regard to sensitivity and nurturing. A University of Calgary analysis of other studies also found fathers were no different from mothers in nurturing, encouragement, responsiveness and other factors.

At the same time, 60% of fathers surveyed believed they should do even more to help nurture their children.

Countless studies have shown that a father’s presence leads to more stable children who commit less crime. We hope that seeing more men become active fathers will lead to significant changes in our youth’s behavior.

It’s clear, however, that today’s fathers are increasingly committed to being there for their children. Let us celebrate their day by recognizing their efforts, offering them thanks and encouragement. Let’s give the man a break — and a rest.

Thanksgiving a respite during days of difficulty

OPINION: Decisions with major effect need to be well thought out

OPINION: Guillen change of parties could test many loyalties