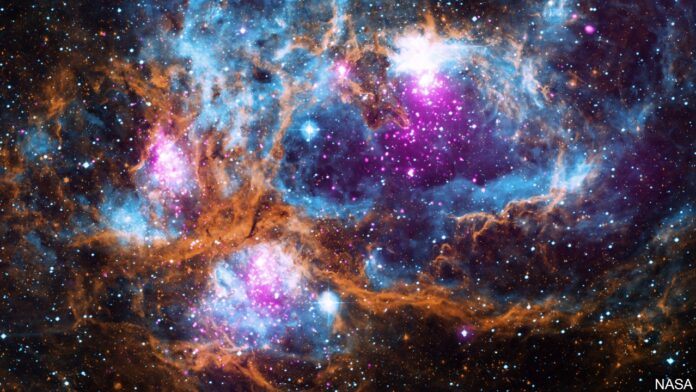 Some students in local schools have expressed interest in investigating astronomical subjects for their science fair projects. Many teachers in the school district spend a lot of time working with their students after school in order to help willing learners to develop an understanding of the deeper aspects of science. Hats off to those educators who give of themselves so generously to other people’s children every day.

If you have an astronomy-based question that you would like to investigate for your school science fair project and you would like some assistance with it, you may contact me through your science teacher at school, or the folks at the newspaper.

Astros in the MLB playoffs might give extra interest to watching the motion of the Great Baseball Diamond in the Sky, better known as the Great Square of Pegasus. Almost directly overhead about 9:00 P. M. this week, to a star gazer facing south and craning their neck back almost 90 degrees, the view is definitely a sports field. Look to the upper left for the V sweep of Andromeda, the first baseman.

And yes, Andromeda is a girl. Girls do play baseball. Her parents, Queen Cassiopeia and King Cepheus of Ethiopia are proud of their daughter’s accomplishments and are gazing proudly at her attempts to put the runner out at first. I have some friends whose daughters are very good at softball and make a great showing in their games across the state.

October is a month for meteor displays as well. The Taurids are good for almost the entire month and into November. Best viewing time is after midnight and before dawn but scatterings of meteors can be glimpsed any time if one happens to be facing in the right direction.

The most spectacular one I ever saw was about thirty years ago when I happened to walk out the front door and a ruby red streak outlined in gold streaked across the northern sky for my viewing pleasure. I have seen a bright blue-green one as well, but most have been just streaks of light that are visible for a brief moment and disappear into the darkness of night.

The slowly waxing Moon this week might entice you out with decent binoculars to explore the region known as the terminator. Not that one-the astronomical one that is the edge of darkness on the lunar surface.

It is a wonderful place to explore those craters, maria, and rills that cover the surface of the “once and perfect Moon”. What a stir Galileo created when he turned his telescope towards the Moon and declared it was not perfect. He was immediately challenged by the scientists and the established church at that time and declared a heretic for daring to say God had not created a perfect Moon.

Science understanding has to undergo many iterations as better tools for discovery become available. Who is to say that a cratered and rilled Moon is not perfect? I enjoy exploring the lunar surface and imagine what it must have been like to have been one of the twelve American astronauts who actually personally walked on its surface.

The support team of many thousands of engineers, designers, mechanics, seamstresses, cafeteria workers, welders, writers of instructions, safety planners, computer programmers adinfinitum who made it possible is absolutely mind-boggling.

Whatever YOUR dream is for your future, training and education and a deep desire to work hard and become that is essential. Go for it. And do remember to KLU.