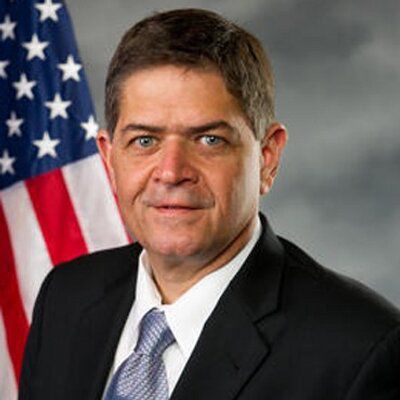 South Texas middle school and high school students can learn how to go about applying to a U.S. service academy during a virtual Service Academy Day taking place on April 10.

U.S. Rep. Filemon Vela Jr. will host the Zoom session, which starts at 10 a.m. on April 10. Students in Vela’s District 34 are invited to register for the event to hear from representatives from the U.S. Military Academy (West Point), U.S. Naval Academy, U.S. Air Force Academy, U.S. Merchant Marine Academy and U.S. Coast Guard Academy about how to apply to each institution.

Every U.S. congressman and senator has the opportunity to nominate young people for admission to the nation’s service academies. Vela is allotted 10 nominations per each of the four academies requiring them (only the Coast Guard Academy does not), and normally his office is able to nominate every student from his district who applies to a particular academy.

Sally Lara, service academy coordinator for Vela’s office, said the nominations work in parallel with students’ applications to the academies.

“They apply to the academy, but then four out of the five academies also require a nomination to go along with the application,” she said. “The individual applies to the academy, then they also apply to our office for a possible nomination. And then it just kind of keeps moving forward until it gets to the end.”

Vela said the common thread among those requesting nominations and applying to the academies is that they’re all high-performing students.

“It’s usually driven by the individual student’s motivation, a particular teacher or academic leader at whatever school they go to, and the parents,” he said.

Maricela Cortez, Vela’s district office director, said interest in the academies among the district’s students has grown over the years, making the process more competitive, while the academies themselves are looking for “well rounded candidates” — students who excel in academics, athletics and community involvement.

“I think part of the reason we’ve seen an increased number of students interested in the academies is because when Sally and I did research we found out that normally students were being targeted at the ninth grade or even later during their junior year,” she said. “We thought that the best approach was to target students in the eighth grade and incoming freshman, because they need to get started from day one their freshman year so they can apply properly. … The student really has to excel, but they have to excel from day one of their freshman year, because (academies) will look at all four years.”

According to a report titled “Gatekeepers to Opportunity: Racial Disparities in Congressional Nominations to the Military Service Academies,” conducted by the Connecticut Veterans Legal Center and the Veterans Inclusions Project, nominations from Vela’s office included the highest percentage— 78 percent — of Hispanic students nominated compared to every other member of the House.

He said admission to service academies are a great opportunity for students in District 34, and credited Cortez and Lara for making his office’s effort a success in getting as many students admitted as possible.

“Early on when I took office I knew I had the privilege of doing these nominations, so we made it a priority from the very beginning,” Vela said.