HARLINGEN — A year after the difficult decision to cancel, the Rio Grande Valley Birding Festival is gearing up for its 27th annual event in November.

Last year, the festival’s board decided it was too risky due to COVID-19 to hold a 2020 festival, since limited funds would be committed to advertising, marketing and transportation companies. Those contracts would have had to be honored, even if the festival was canceled due to pandemic-related shutdowns.

So, festival organizers decided to hold onto their money and hope for better in 2021.

“We are in the end stages of all of our planning,” Sue Griffin, chair of the festival board, said Monday. “We’re getting our field trips all set up, and getting our speakers all locked down.”

“We should, by the end of the month, middle of July, have everything ready to publish on our website,” she added. “We still do have a few more details to work out, particularly at this time, the cost of transportation. It’s an unknown.”

The festival will offer around 120 field trips across South Texas over five days beginning Nov. 10. Since the festival provides vans and buses as well as guides on field trips, Griffin said festival organizers have to lock down costs before the field trips and their prices can be released.

The event this year also will offer speakers, a trade show called Birders Bazaar, silent auctions and a souvenir booth, all at the Harlingen Convention Center. It will be the second birding festival at that location.

Information on specific field trips will be published on the festival’s website in mid-summer, Griffin said. Online registration to reserve trips will open around Aug. 1. 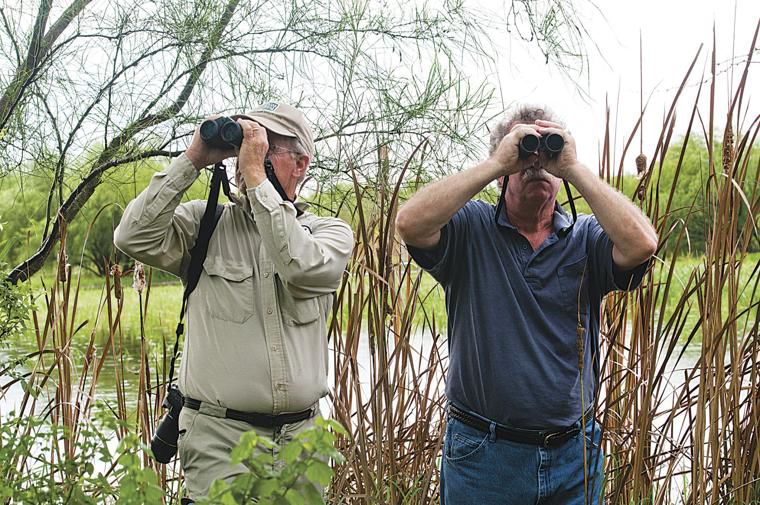 Festival planning begins in January, and Griffin admitted there were concerns about the festival’s viability in 2021.

“We debated a lot in the early part of the year whether we thought things would be opened up by the time we were ready this year, but we decided that it was worth the risk and that people were champing at the bit to get back at festivals,” Griffin said. “That’s what it’s looking like now with people already starting to call and ask for details and making reservations at the hotels already. We feel this year’s going to be very successful.”

New for this year will be an alliance with a nonprofit group from Austin called Birdability, which helps provide access for handicapped birders.

“We always provided something for our handicapped birders, and we have a guide who actually is in a wheelchair and she guides other people who are in a similar situation,” Griffin said. “So over the few years since we got this started, the group that this lady is a part of in Austin has put together a nonprofit organization called Birdability and they promote birding for people with any kind of handicap, whether it’s birding for the blind or birding in a wheelchair or people with service animals. So this year they are helping us sponsor our field trips daily that are called Birdability.”

Griffin also said this year the festival will organize a bioblitz, an intense survey of flora and fauna at a particular location.

“We’re doing something that we have not done for a few years called a bioblitz and this is where we pick a site, and in this particular case, it is as piece of private property that is being converted from agricultural land grassland,” she said.

“We go out and we do a baseline study, which is called a bioblitz, and we just take pictures of every different kind of species that we can, whether it’s plant, animal, reptile, bird, anything. And then we submit that to a database called iNaturalist and we do this by photographing it and run it through the iNaturalist program and we build for that landowner a baesline study of all the animals that are present with a commitment that we will come back at a later time after this property has been developed for a while,” she said.