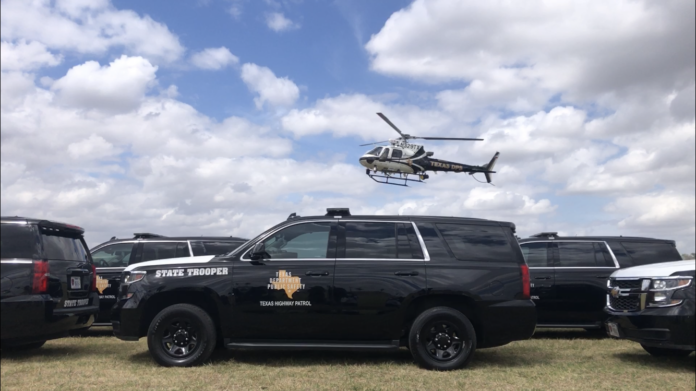 BY MARK REAGAN AND VALERIE GONZALEZ

The FBI arrested 33-year-old Pablo Talavera Jr. last Thursday on a charge of conspiracy to possess with the intent to distribute a controlled substance between May 26 and Sept. 16 over allegations that he escorted loads of money and methamphetamine, heroin and cocaine on behalf of his father and uncle’s drug trafficking organization, which allegedly operated in Tennessee, according to a criminal complaint.

He appeared for a detention hearing this week in McAllen federal court where U.S. Magistrate Judge J. Scott Hacker granted him a $75,000 bond with a $5,000 cash deposit.

On Wednesday, DPS said in a statement that Talavera “will be suspended from duty.”

“DPS’ Office of Inspector General will conduct an administrative investigation to allow the department to determine his future employment status,” the agency said.

DPS declined to clarify whether Talavera was suspended with or without pay.

The Monitor also asked the agency where the trooper was stationed and whether he was involved with Operation Lone Star.

The agency did not answer those questions and told the newspaper that “no additional information is available at this time.”

However, records obtained by The Monitor through a Texas Public Information Act request reveal that Talavera participated in Operation Lone Star in Hidalgo and Starr counties.

Abbott announced the operation on March 6 and said in a news release that it integrates the National Guard and DPS to combat Mexican cartels and other smugglers from moving drugs and people into Texas.

“The crisis at our southern border continues to escalate because of Biden Administration policides that refuse to secure the border and invite illegal immigration,” Abbott said in a news release. “Texas supports legal immigration but will not be an accomplice to the open border policies that cause, rather than prevent, a humanitarian crisis in our state and endanger the lives of Texans. We will surge the resources and law enforcement personnel needed to confront this crisis.”

The records obtained by The Monitor indicate that Talavera did not make any arrests related to drug smuggling or illegal immigration.

Instead, those records show Talavera issued more than 200 traffic citations and warnings to more than 100 people between March 10 and April 21, aside from a single citation for possession of a controlled substance.

Court records didn’t list an attorney for Talavera as of Wednesday.

During a Monday hearing, prosecutors said his previous attorney, Hector Bustos, may have had a conflict, and court records indicate Bustos represented Talavera’s father in the Tennessee case after the man’s August arrest in Hidalgo County.

Bustos did not respond to a request for comment Monday.

O’Rourke kicks off campaign on the border