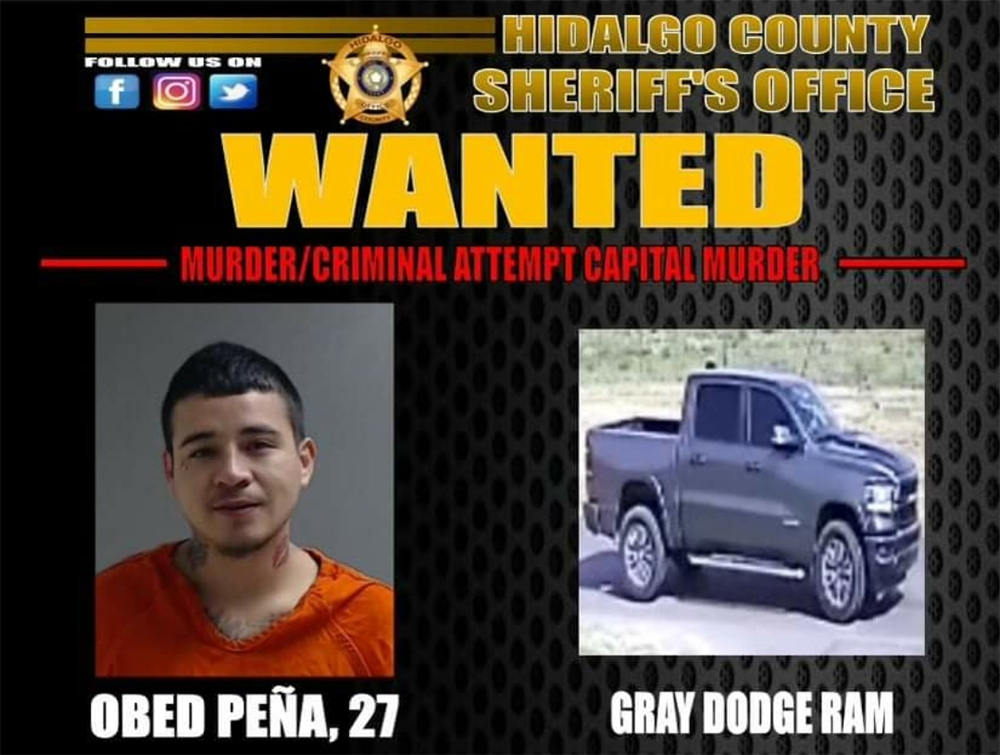 The Hidalgo County Sheriff’s Office says it has warrants for murder and attempted murder for 27-year-old Obed Peña in reference to the fatal Oct. 14 shooting of a 22-year-old man at a Mission Stripes.

Investigators believe he is armed and dangerous. Peña, a Mission resident, is accused of being the second suspect responsible for the shooting death of Leonardo Veliz in the area of 6 Mile Line and Bentsen Palm roads in rural Mission, according to an agency Facebook post.

Sheriff’s investigators arrested 21-year-old Jose Maria Victoria Jr. last Thursday on charges of murder and attempted murder over what the department described as an armed confrontation at the convenience store.

Peña is driving a gray, four-door Dodge Ram and should be considered armed and dangerous, the sheriff’s office says.

The department is asking anyone who knows where Peña is or anyone who has information regarding the murder to contact its office at (956) 383-8114.

Those wishing to remain anonymous can call Crime Stoppers at (956) 668 TIPS (8477) or submit an anonymous tip through the smartphone application P3 TIPS.

The trio remains jailed and each have a $75,000 bond, while Victoria remains in custody on a total of $2 million in bonds, records show.