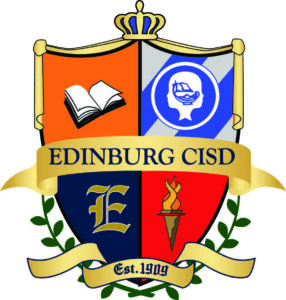 The Edinburg school district is still inching toward collecting $6.1 million in overpayments made to employees during a payroll error in August, although its pace has slowed since the school board’s first report on reimbursements in late September.

Those figures indicate the district has managed to collect about half of the outstanding payments since their last update in September.

“We have better news today than we did last time,” he said, noting that he felt collections should be completed once campus visits to those 95 employees commence.

Out of those employees, 25 have agreed to a deduction from their paychecks to return the money.

Those agreements are largely a courtesy; the district already issued a letter indicating employees who haven’t repaid the money will have it deducted Oct. 22, although an administrator said a few employees with “extenuating circumstances” may receive a longer timeframe.

Muniz said legal counsel reviewed the district’s letter to employees and OK’d it.

Trustees who spoke Tuesday said they felt the district was being fair with its repayment process, especially in contrast to how overpayments are usually collected.

“I know that in a previous district I did get overpaid, and Edinburg is being so nice and courteous, because they took it out of my paycheck, no questions asked,” Trustee Xavier Salinas, who’s a career educator, said. “So I was left almost without a paycheck. But that’s just the way a school system works. They overpay you, they catch it, they take it — but ECISD has gone way above the call of duty and given these people lots and lots of strikes.”

Administrators said the last of the repayments, even for those employees with extenuating circumstances, will be back in the district’s coffers by December.

The overpayments, which occurred Aug. 24, were part of a string of payroll mishaps the district had when it changed to a new payroll system.

“You gotta understand that payroll is still short staffed, and we have a payroll to meet this week and then another one that’s coming up next week, the monthly payroll,” he said. “They’re continuously working hard, getting all their stuff done, and at the same time trying to collect this.”

Muniz also said that internal auditors are preparing a report on collections from the overpayment that he’ll present to trustees at their next meeting.